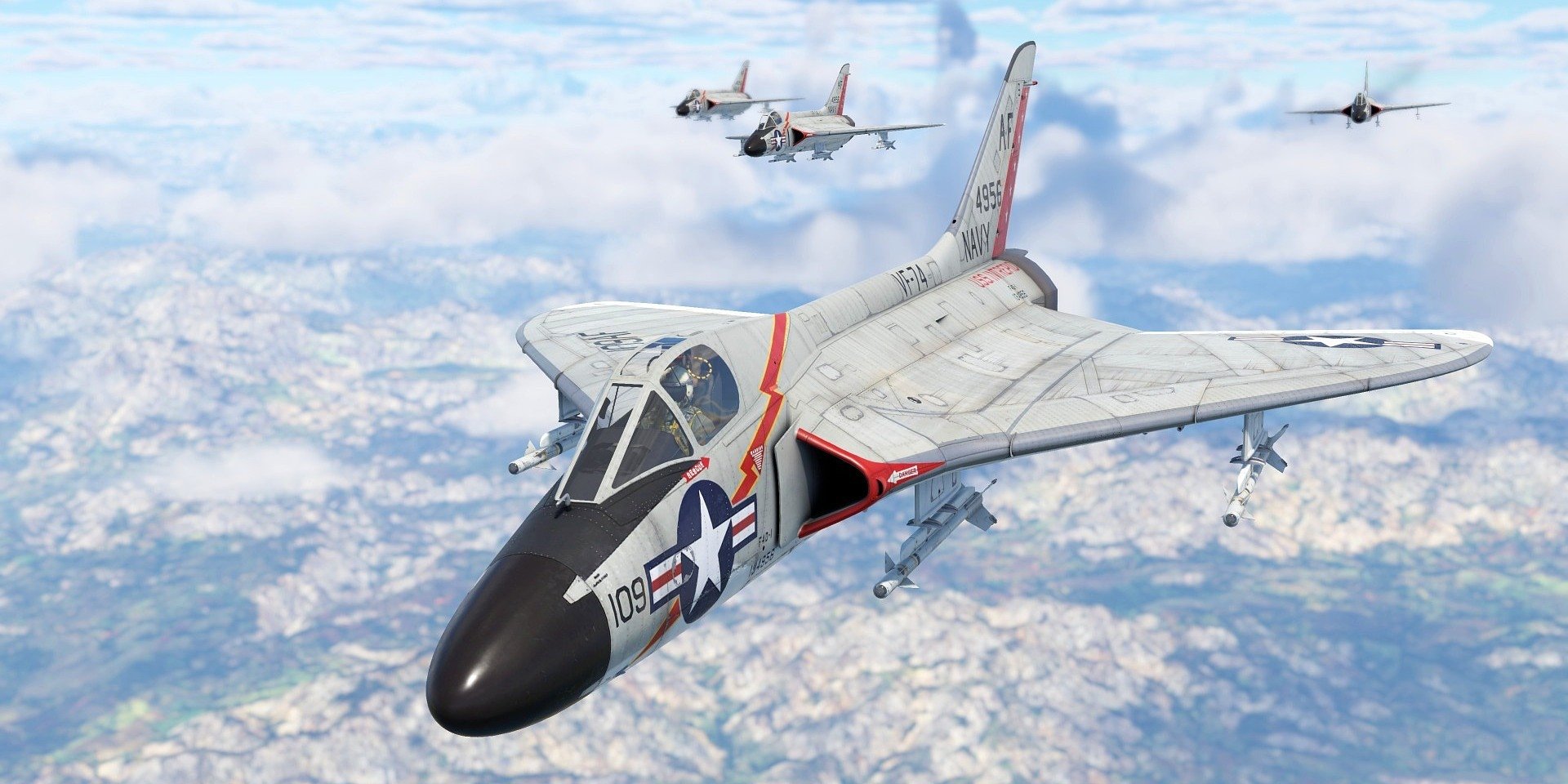 Gaijin Entertainment announces that the "Summer Quest'' event has begun in War Thunder, the online military action game featuring 2000+ ground, naval and air war machines of the 20th and 21st centuries. Players will fight to get four new models of military vehicles: the Hungarian Zrinyi I self-propelled gun, the American F4D-1 Skyray carrier-based fighter jet, the German Leopard 2AV tank and the Japanese battleship Haruna. Other prizes include new camouflage options, as well as player icons, decals and decorations for naval and land vehicles dedicated to summer adventures. The event will last until August 29th.
Each vehicle model in the Summer Quest is quite unique and will be a great addition to the collections of dedicated military history fans.
The Zrinyi I SPG is a World War II era vehicle, entirely designed and built in Hungary and named after the 16th-century Hungarian national hero Miklós Zrínyi. It is built on the chassis of the Turán medium tank (also Hungarian) and is equipped with a 75 mm anti-tank gun. During some of the field tests Zrinyi I was equipped with external rocket tubes, and this is the version of this SPG that made it to War Thunder.
The Leopard 2AV is a prototype tank submitted to the US Army tests, where it competed against the XM-1 models. The tank is a transitional version from the Leopard 1 to the serial Leopard 2: the vehicle has a 105 mm L7A3 cannon familiar from the first series, while the FCS, power plant and armor layout are closer to the early Leopards of the second series.
The F4D-1 Skyray is the first ever supersonic carrier-based fighter, which entered service in 1956. The aircraft boasts excellent rate of climb and is capable of accelerating to near-sonic speeds at sea level. The F4D-1 Skyray is armed with four forward-facing 20mm Browning-Colt Mk12 cannons, and hardpoints can accommodate pods with FFAR unguided rockets and AIM-9B Sidewinder guided missiles.
IJN Haruna was laid down as a Kongo-class battlecruiser and launched as early as 1915, but did not take part in World War I. Later, she was rebuilt into a high-speed battleship and, as such, went through the entire Second World War, taking part in many battles, including Battle of the Philippine Sea, Naval Battle of Guadalcanal and Battle of Leyte Gulf. The battleship was lost only in July 1945, when American aircraft attacked it in the harbor of Kure at the Japanese mainland. Haruna's main armament is eight 356-mm guns in four turrets, 152-mm and 127-mm cannons make it easier to deal with targets, and 118 anti-aircraft guns drive enemy aircraft away with dense fire.
The event details and more information about new types of vehicles are available on the official website.