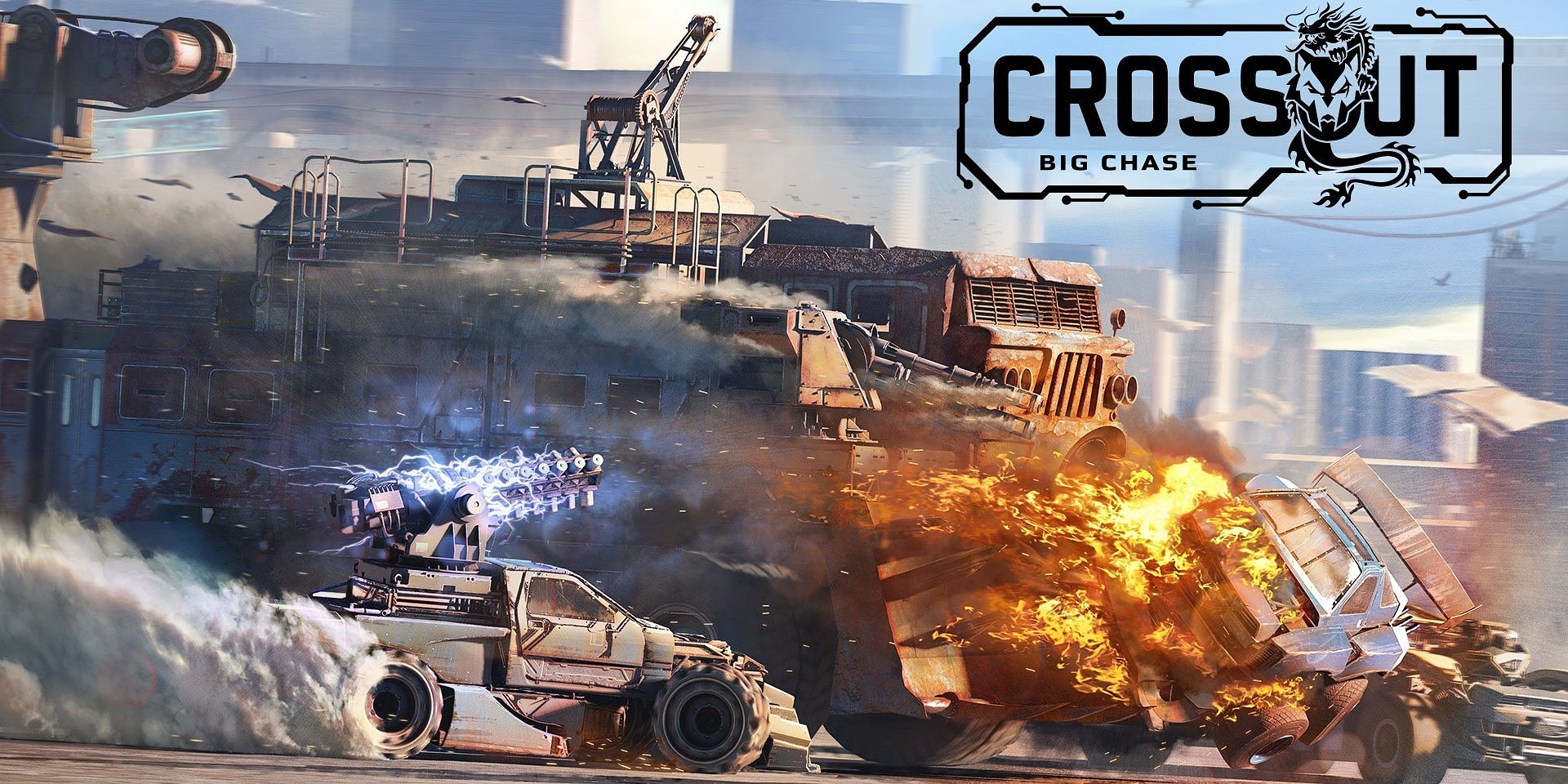 Gaijin Entertainment announces the release of the "Big Chase" Content Update for the post-apocalyptic online action game; Crossout. This is the biggest update this summer featuring a new Battle Pass season, the long-awaited co-driver system, the return of the reworked “Chase” PvE mode, and the new “Peaceful Atom” PvP map.
The ninth Battle Pass season focuses on the clash between the Syndicate and the Steppenwolfs factions and will offer new vehicle parts from both of them as rewards, i.e. the huge AM-5 Avalanche assault mortar, the RA-1 Heather rocket  artillery module with a new volley fire mechanic, the Miller heavy minigun, the Omamori passive protection module, as well as new structural parts and cosmetic items. The new season of the Battle Pass will last until October 16th.
A reworked co-driver system gives players even more options to finetune their vehicle before going into battle. The update brings eight new battle comrades, each of which have passive skills, as well as talents that can be activated. For example, a partner named Jay prefers to shoot at enemies at a long distance, so he reduces the dispersion of the gun and increases the damage and the speed of the projectile. Another teammate, Phobos, likes to attack stealthily, preying on single enemies and sneaking up on them from behind in stealth mode.
The reworked “Chase” raid returns to the Valley. It takes place on the new “Path of the Warrior” map where two Steppenwolf battle wagons await four Survivors who have sided with the Syndicate. The players’ goal is to stop and rob the convoy before it escapes from the location. Both trucks are heavily armed and will not give up easily. Capturing one of them would give the Survivors only a part of the valuable cargo. Capturing both will lead to the full reward.
Battles on the new Peaceful Atom PvP map take place among industrial buildings like the dilapidated hangars, old rails and rusty wagons. It’s a good place to capture some resources if you have time to get ahead of the raiders and the rest of the Survivors.
More information about the Big Chase update is available at the official website: https://crossout.net/en/news/2137-update-pc-crossout-0-13-80-big-chase/.