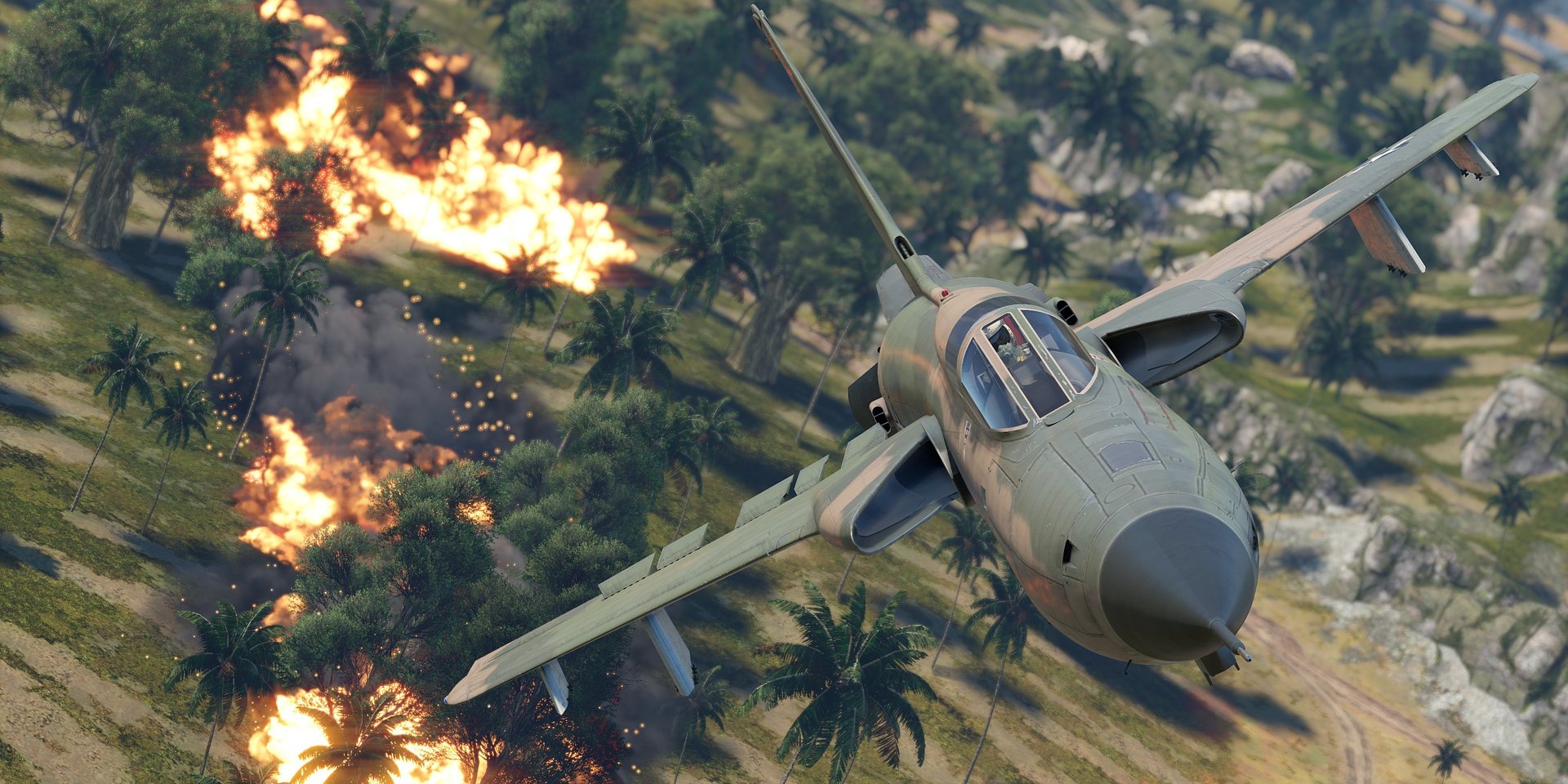 Gaijin Entertainment announces that the Danger Zone update for the online military action game War Thunder is live now. While the US F-14 Tomcat fighter is probably the star of the show here, this content-rich update brings dozens of other new legendary vehicles and new features. Israeli and Chinese helicopters, the latest Chinese tank, an improvised Italian self-propelled gun, the most advanced German battleship of World War 1 and other types of new military hardware await War Thunder players. Napalm can now also be used in War Thunder battles, literally flooding the jungle, city streets or ship decks with liquid fire.
Aviation containers with napalm are the new weapon type in the game. It is an incendiary mixture that burns strongly and for a long time, and also sticks to surfaces, including wet ones. Although napalm is primarily associated with the Vietnam War, it was first used as early as 1944 during the liberation of France. Napalm could be quite useful in War Thunder battles as well. I.e. players might cover the approach to a point with a rampart of fire or burn down a forest to prevent ambushes. Man-made fires are especially effective against lightly armored and open-top vehicles.
The new Chinese tank ZTZ99A is a further development of the ZTZ99 MBT, but it is difficult to recognize the fact due to the almost complete overhaul of the design. Just look at the new arrow-shaped turret, equipped with state-of-the-art anti-cumulative dynamic and composite armor, capable of withstanding even tandem cumulative rounds. At the same time, the ZTZ99A is not only better protected, but also more mobile than its predecessor, and can reach a top speed of 75 km/h on an asphalt road.
The update adds the Israeli helicopter tech tree to the game. While some of the vehicles are Israeli variants of the machines the players already know, such as Cobras and Apaches, there are completely new ones, like the Hughes MD500 TOW light attack helicopter. It is a flight, tiny and very agile helicopter capable of carrying the venerable TOW and TOW-2 anti-tank missiles, as well as Hydra-70 unguided rockets. Also the first machine from China's future helicopter tech tree debuts in War Thunder. It’s the Z-19E, a modern and locally developed attack helicopter that performed its maiden flight in 2017.
The German battleship SMS Bayern entered service in July 1916 and missed the epic Battle of Jutland, but took part in the last major operations of WW1. Its eight 380mm guns and enhanced armor more than make up for its slowness and make it one of the most powerful ships in the War Thunder blue-water fleet.
Finally, fans of the exotic vehicles should pay attention to the 100/17 su Lancia 3Ro, a Škoda 10cm Vz.1914 howitzer mounted in the field on an army truck chassis to increase mobility. This improvised Italian SPG was brought to the game by War Thunder players Nicola “Kolin0” Faggiani and Riccardo “BlueBeta” Lo Verso under Revenue Sharing Program, and now their work is officially a part of War Thunder.