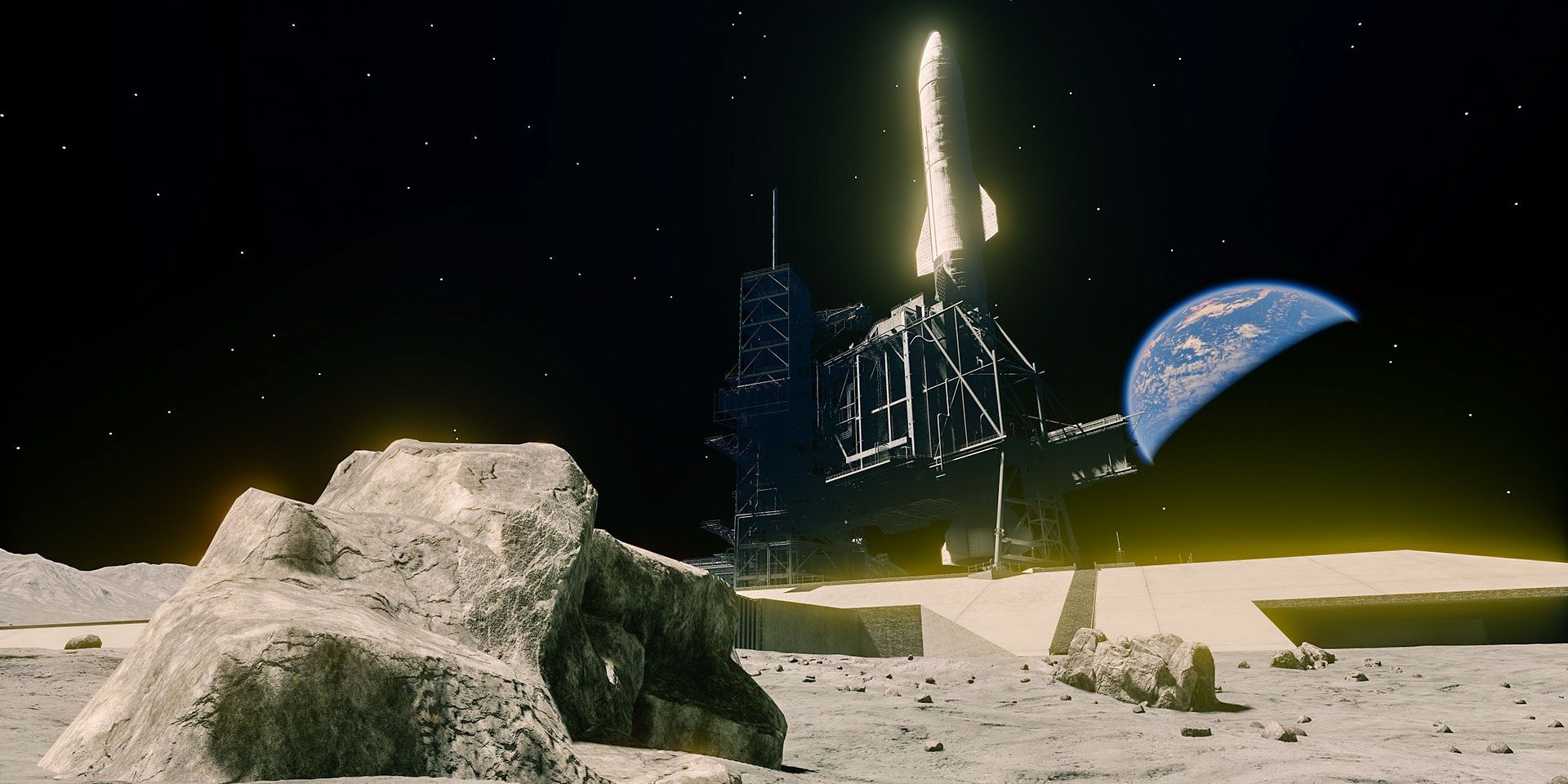 Gaijin Entertainment and Darkflow Software announce that the military online shooter Enlisted has added another new campaign. It shows a World War II theater of operations that is rarely visited by modern video games. The “Unknown War” campaign is filling the void and will tell the players a story about the heroic USA and USSR soldiers fighting side by side against the best Ahnenerbe battalions defending the Third Reich base on the Moon.
As is customary in Enlisted, the new campaign carefully recreates the gear, weapons and technologies that were actually used during the battle. You probably know that the scope of the German New Home program was very ambitious: not only military bunkers, solar power plants and spaceports were built on the Earth’s satellite, but also real cities to host fleeing Third Reich officials. The battle to capture the last Third Reich stronghold took place in lunar gravity, and both sides used quite advanced weapons based on new physical principles, i.e. plasma guns, blasters and beam guns, as well as a bit more casual ones like the railguns. Since high-energy weapons are ineffective on Earth, their production has long been discontinued (in 2022, even railguns were finally dropped by the US military), but the Enlisted developers were able to reproduce the work of such equipment using archival photos and videos.
Invaluable assistance in the search for materials was provided by the ‘Stop the Falsification of History of the Exploration of the Moon’ Committee. Recent satellite images from Chinese and Indian orbiters helped to clarify the topography of lunar cities and fortified areas.
The Enlisted team will continue to work on recreating the famous battles of World War II, and the next in line will be an equally interesting theater of operations – Red Mars.

Enter the world of ruthless and fun futuristic racing

Now you can play Best Forklift Operator on the steering wheel as well!

Are you looking for a job in game dev? Meet up with QLOC at Digital Dragons 2022!

Digital Dragons 2022, one of the biggest venues for game dev in Central and Eastern Europe, will take place on May 16-17, in ICE Kraków Congress Centre in Cracow, Poland. It’s a great opportunity for networking and participating in lectures led by experts in game dev. Th...

Undoubtedly, the COVID-19 pandemic has changed the world and irreversibly affected our daily lives and work culture. Published in November 2021 report "Flexibility of Professionals and Managers on the Labor Market", conducted by Antal and Cushman & Wakefield, clearly...