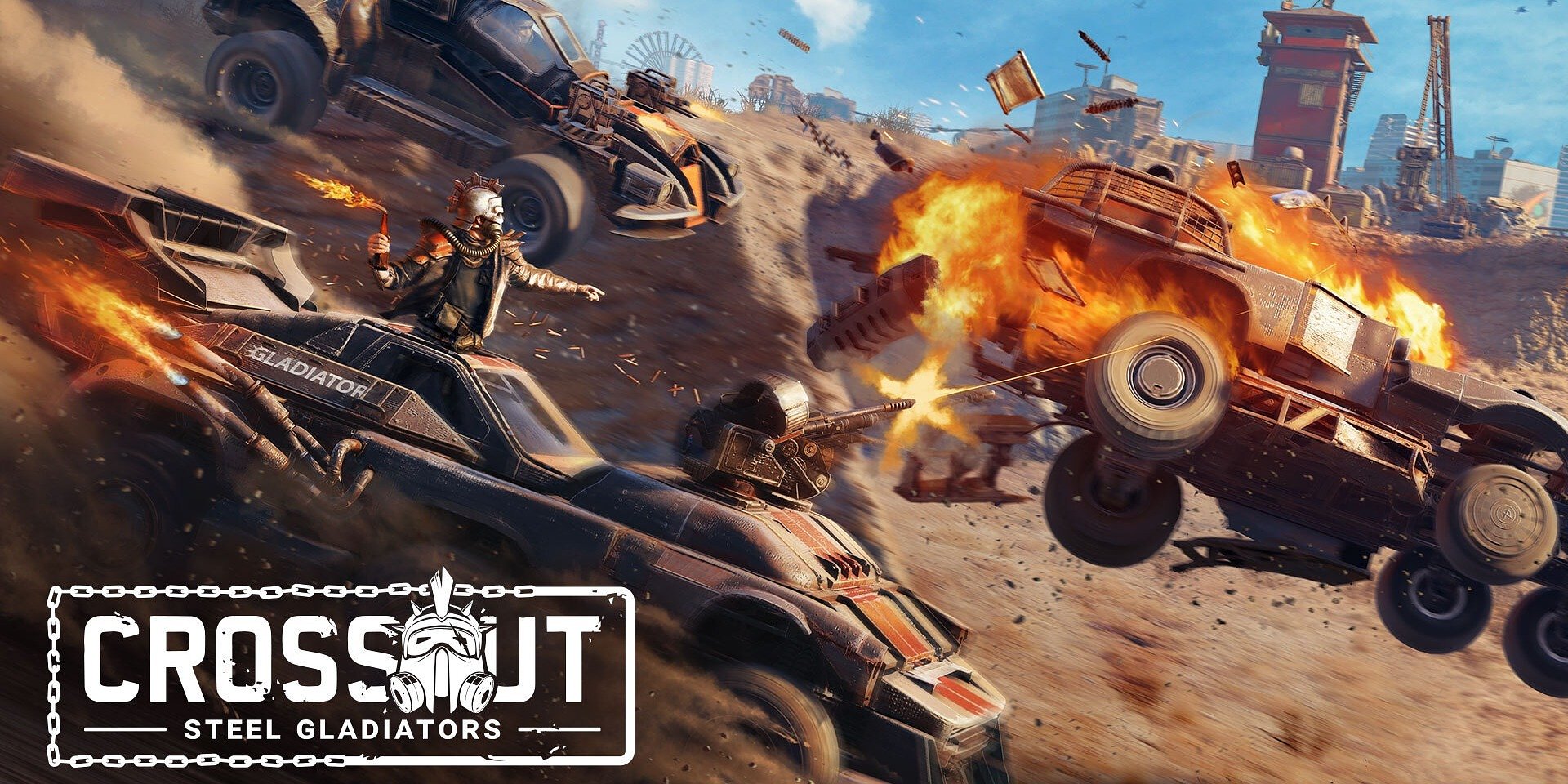 New game mode is a new challenge to armored vehicles, crafters and drivers.

Targem Games and Gaijin Entertainment announce the release of the Steel Gladiators content update for the post apocalyptic online action Crossout. The game got a new time-limited competitive mode “Arena”, and the new battle pass season has started bringing new weapons and vehicle parts to Crossout.
“Arena” offers fast and furious 3v3 battles on special compact arenas. A team needs three wins to achieve victory in the arena, and at the start of each new round the players can change the armored vehicle to adapt to enemy tactics. There are two versions of the Arena: Standard and Rating. In the latter case players go up in the leaderboards with each win and can be promoted to a higher league. For reaching the “Golden”, “Silver” and “Bronze” leagues, players will receive appropriate backgrounds and emblems for profile customization, as well as other memorable rewards. The Arena mode will be available until March 20th.
The new battle pass season called Steel Gladiators allows the players to unlock 54 rewards. There are new cool vehicle parts there, i.e. the Adron cabin that was originally intended for space shuttles but in the post apocalyptic world proved to be quite useful for armored vehicles. The most interesting new weapon system is probably the “SD-15 Vulture” sabotage drone. After being launched into the specified area, the drone hovers in the air and activates its own invisibility module. When an enemy appears nearby, “Vulture” clings to its important parts trying to destroy them and then explodes afterwards.
Finally, Crossout has gained a new relic weapon, which is a brutal disk launcher “Ripper”. It shoots circular saw blades that get temporarily stuck in environmental objects and deal increased collision damage. That’s a good way to set up traps! Like all other relic weapons, the “Ripper” can only be crafted at the Engineer workbench “Secret Workshop”.
More information on Crossout is available at the official website.

About Crossout:Set in a post-apocalyptic world, Crossout is an MMO vehicle combat game available on PC, PlayStation®4 and Xbox One, offering players complete customisation in building and upgrading deadly armored vehicles to destroy enemies in open PvP and PvE battles. Crossout gives players thousands of possibilities to design their vehicle, including shape, armor, weapons, support systems and, of course, cosmetic enhancements. Official website: https://crossout.net/About Gaijin Entertainment:Gaijin Entertainment is the developer and publisher of the online games War Thunder, Crossout, Enlisted, Cuisine Royale and Star Conflict as well as PC, Mac, Linux, PS4, PS5, Nintendo Switch, Xbox One, Xbox Series X|S, iOS and Android titles across several genres. The company’s diverse portfolio has received a range of mass media and game industry awards including such as Gamescom Award and many more. Official website: https://gaijinent.com/About Targem Games:Targem was established in 2002, with the goal of bringing high-quality online entertainment to players worldwide. The studio’s portfolio includes the MMO Action games Star Conflict and Crossout and many other titles for PC, consoles and mobile devices. Official website: http://targem.com/