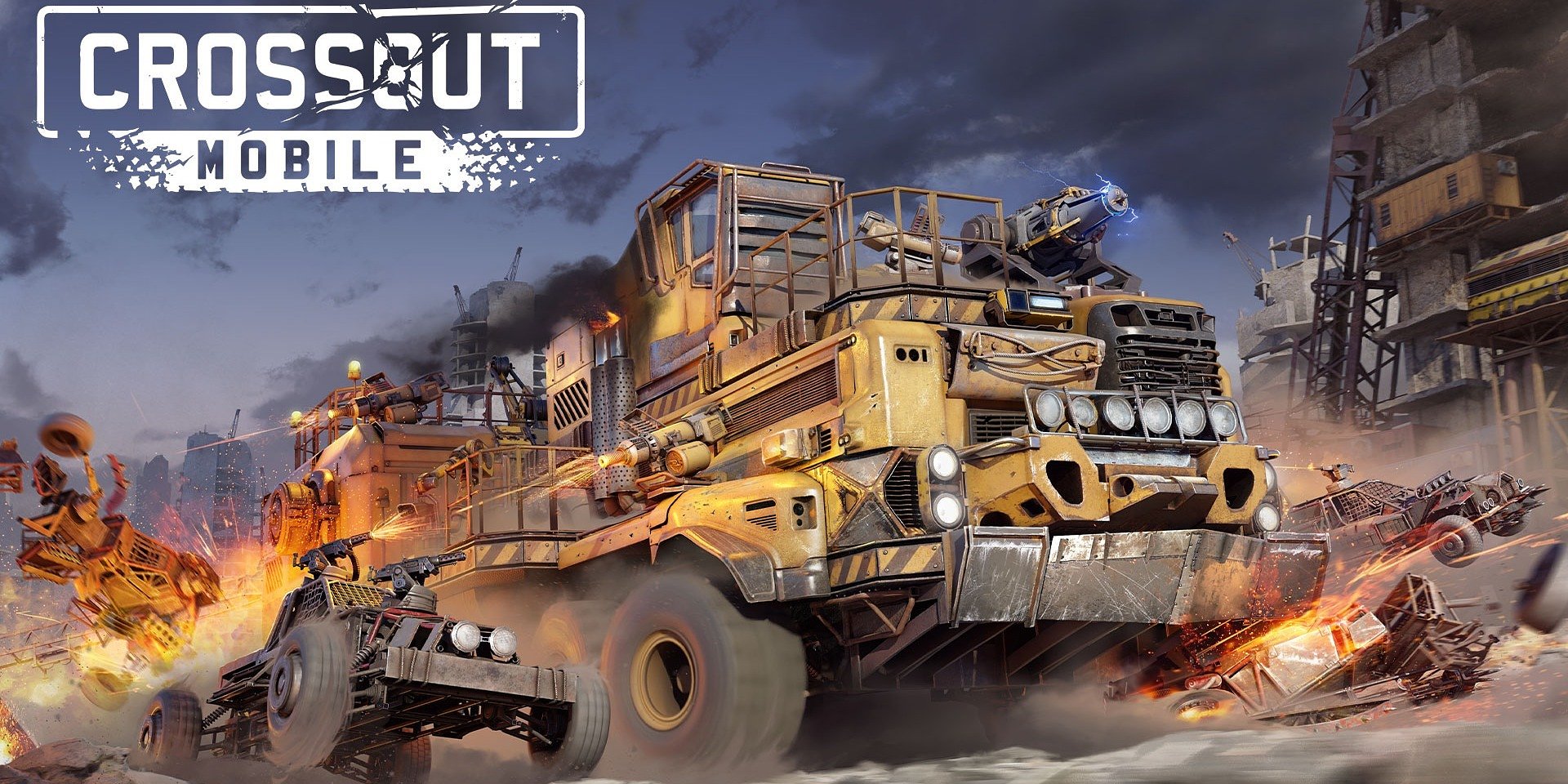 Targem Games and Gaijin Entertainment announce that the mobile vehicular action online game Crossout Mobile is available now on Android devices in North America, Europe, Middle East and other territories. The iOS version will arrive on February 10th. First Crossout Mobile players are getting a set of bonus content for an easier start in the game.
The new Battle Pass season has also started in Crossout Mobile, focused on the car parts unique to the Founders faction. The rewards include sturdy structural parts derived from the heavy construction vehicles, and weapons like nail guns and lasers. All of those could be used to craft unique armoured cars, ride them into battle and destroy enemies piece by piece! There is also a new special “Knives out” mode where players use melee weapons only and jump using the built-in jump pads without restrictions.
The new seasonal pack is now available for purchase in the in-game store giving access to a new deadly armoured car “Rakshasa”. Its cabin is equipped with a built-in contact borer, and has the ability to make a sharp dash forward. “Rakshasa” is also equipped with the “Chameleon” invisibility module and the “Fortune” wheel launcher.
Crossout Mobile is available for free and will receive updates with new content on a regular basis.

About Gaijin Entertainment:
Gaijin Entertainment is the developer and publisher of the online games War Thunder, Crossout, Enlisted, CRSED: F.O.A.D. and Star Conflict as well as other PC, Mac, Linux, PS4, PS5, Nintendo Switch, Xbox One, Xbox Series X|S, iOS and Android titles across several genres. The company’s diverse portfolio has received a range of mass media and game industry awards including such as Gamescom Award and many more. Official website: http://gaijinent.com/

About Crossout Mobile:
Crossout Mobile is a mobile online vehicular action game for iOS and Android. Players craft unique post-apocalyptic armored cars using myriads of available parts, install powerful weapons and fight in fierce PvP and PvE battles at ruins of what once was our civilization.