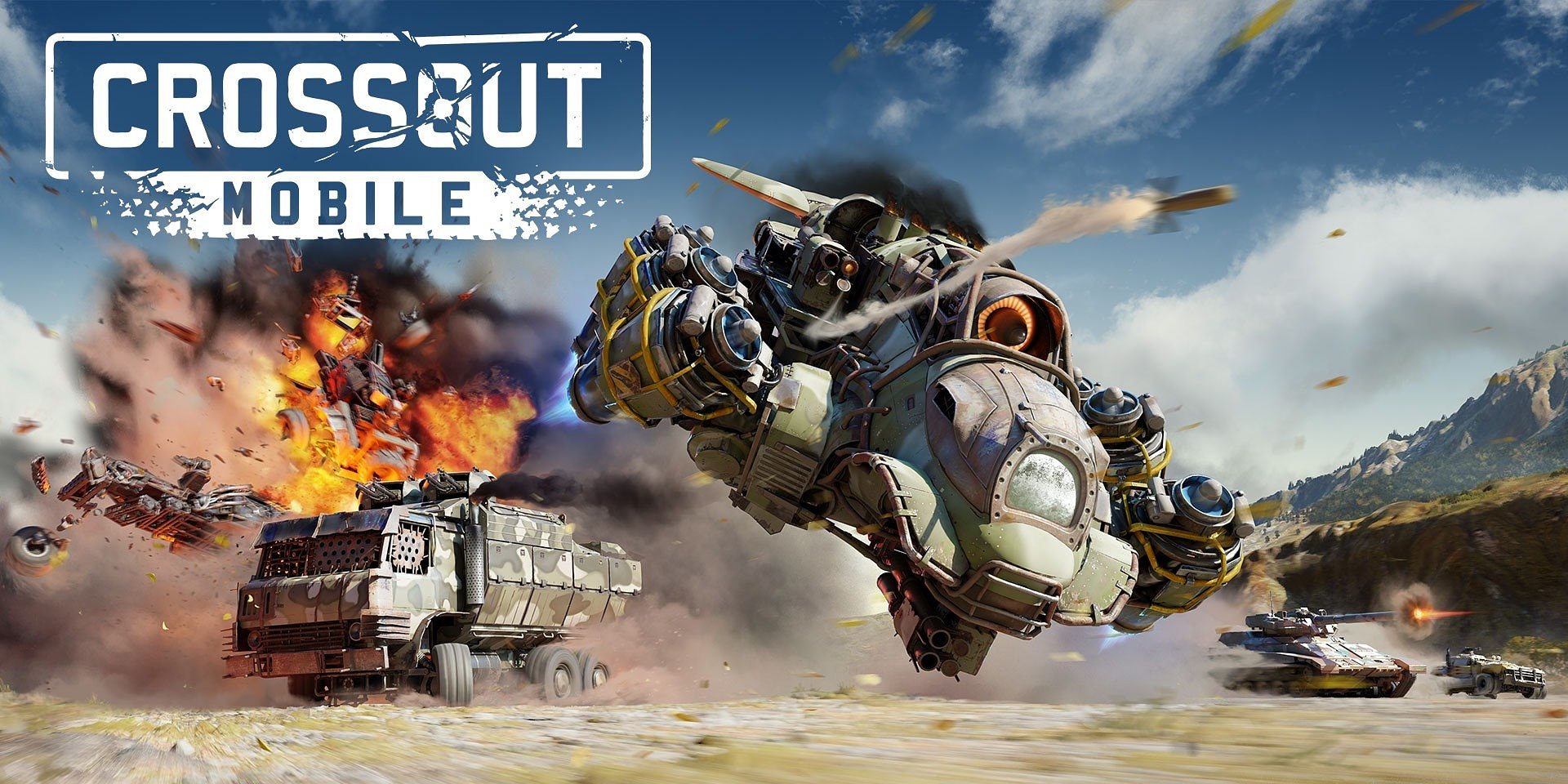 Targem Games and Gaijin Entertainment announce that the mobile vehicular action online game Crossout Mobile will soon launch on Android (February, 3rd) and iOS (February, 10th) in North America, Europe, Middle East, Australia and New Zealand. Previously, the game was only available in the UK, Poland, Russia and a few other countries. Crossout Mobile will also get a huge update in February with new maps, vehicle parts and other content.
Сrossout Mobile is a new action game developed from scratch that brings the gameplay and the world of the popular Crossout online game to mobile platforms. Wasteland warriors ride post apocalyptic armoured vehicles and fight over the scraps of resources in the ruins of the Earth civilization that we know. One of the maps brings players to the abandoned oil derrick in the midst of the dried out Adriatic sea, another one to the former space shuttle launching facility with one machine still waiting for an ignition command. Crossout Mobile players craft their own unique vehicles from myriads of available parts and enter battle under the flag of one of the five factions.
An armoured vehicle might be armed either with the usual suspects like machine guns or shotguns, or with some more exotic items. For example, one type of weapon launches an explosives-stuffed wheel at the enemy! There are also futuristic devices like the railgun or even a tesla-gun that scorches enemies with human created lightning. It’s also important to equip some armour and defensive modules (for example, one granting invisibility), while not making the vehicle too heavy to move around. Crossout Mobile players can use up to 40 parts in the single vehicle in total, and that’s more than enough to create some really crazy designs.  The fun thing is that any part on the vehicle can be individually destroyed in battle, so good sharpshooting skills will allow players to disarm or immobilize the enemy.
The full list of countries where Crossout Mobile will become available for free this February is: Australia, Algeria, Austria, Bahrain, Belgium, Bosnia and Herzegovina, Bulgaria, Canada, Croatia, Cyprus, Czech Republic, Denmark, Egypt, Finland, France, Germany, Greece, Hungary, Iceland, Israel, Italy, Jordan, Kuwait, Lebanon, Libya, Liechtenstein, Luxembourg, Malta, Moldova, Monaco, Netherlands, New Zealand, Northern Macedonia, Norway, Oman, Portugal, Qatar, Romania, Saudi Arabia, Serbia, Slovakia, Slovenia, Spain, Sweden, Switzerland, Turkey, Turkmenistan, UAE, USA, Vatican, Yemen. Pre-registrations are already open on Android and first Crossout Mobile players will get an early adopter bonus. The team is also working on versions for other countries, and any release date for them will be announced later.