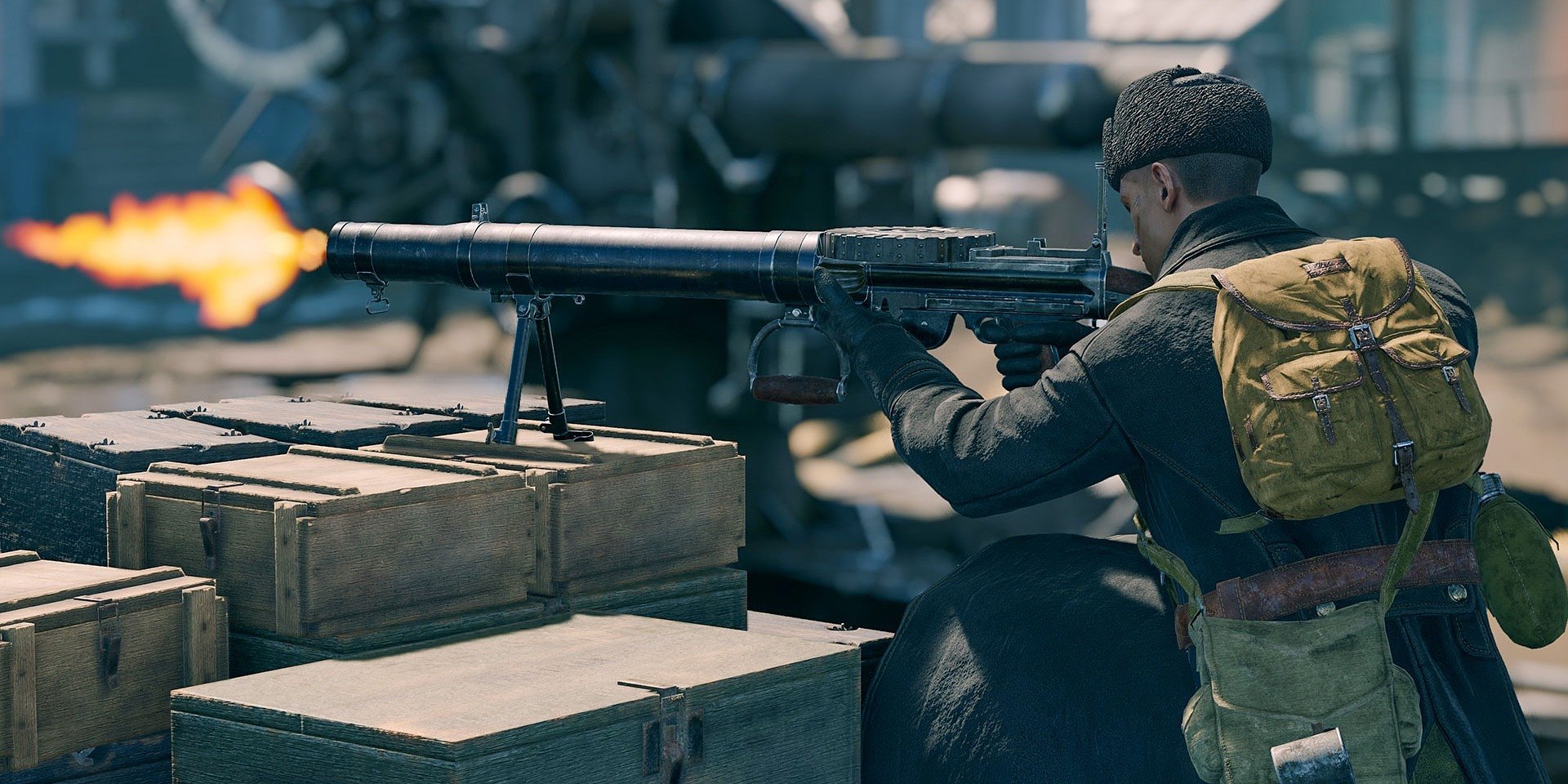 Gaijin Entertainment and Darkflow Software announce the release of the “Armoured Train” update for the military online shooter Enlisted. The key new feature is the unique armoured train escort mode, unique amongst shooter games. All game campaigns have received dozens of new missions, squads, weapons and vehicles, the AI has been improved and the “Battle of Berlin” campaign became available in game versions for Xbox One and PlayStation 4.
The first mission featuring an armoured train takes place in the Seelow Heights near Berlin. Steel beasts of the same type took part in the World War 2 battle at this exact location. The armoured train is armed with fully operational and controllable guns: an anti-aircraft gun, two Howitzers installed in the wagons, and one gun in a tank turret on a separate platform. This equipment will be quite useful to repel enemy attacks, while both sides throw infantry, tanks and aviation into the battle. In this mode one side must prevent the armored train from breaking through to the final destination on the route, while the escorting side is making sure that the train reaches the destination. One and a half kilometers of fierce fighting at railway stations, bridges, forests and settlements await players.
The update brings 9 new missions to Enlisted campaigns in total: i.e. Gare de Saint-Lo in Normandy, an improved Birch Grove in Moscow and the Oasis in Tunisia. There are 16 new infantry weapons: i.e. the Berlin campaign players on both sides can now use German Panzerfaust 100. There are many targets for this deadly device, as the infantry is now supported by the Tiger E and IS-1 heavy tanks that are really legends in World War II. There are 10+ new ground vehicles and aircraft introduced in this update in total.
Enlisted now features several new gameplay mechanics such as, aerial bombs now create craters, giving soldiers the perfect hiding place to attack the enemy later on. Pilots can now bail from a crashing plane in a parachute and strike the enemy from behind. Finally, a soldier can now throw themselves on a primed grenade, thereby saving nearby comrades at the cost of their life – something that really happened during real war.
The new Battle Pass also has started in Enlisted with many new rewards that include unique soldiers, weapons and vehicle camos.
More information on the update is available at the official Enlisted website: https://enlisted.net/en/news/show/244-meet-the-armored-train-update-en/#!/

ZOTAC Technology Limited, a global manufacturer of innovation, announces the two latest innovations with the opening of CES 2022 which include the all-new ZOTAC GAMING GeForce RTX™ 3050 Series and the latest ZBOX MAGNUS Mini PC equipped with an NVIDIA GeForce RTX™ 3080 G...