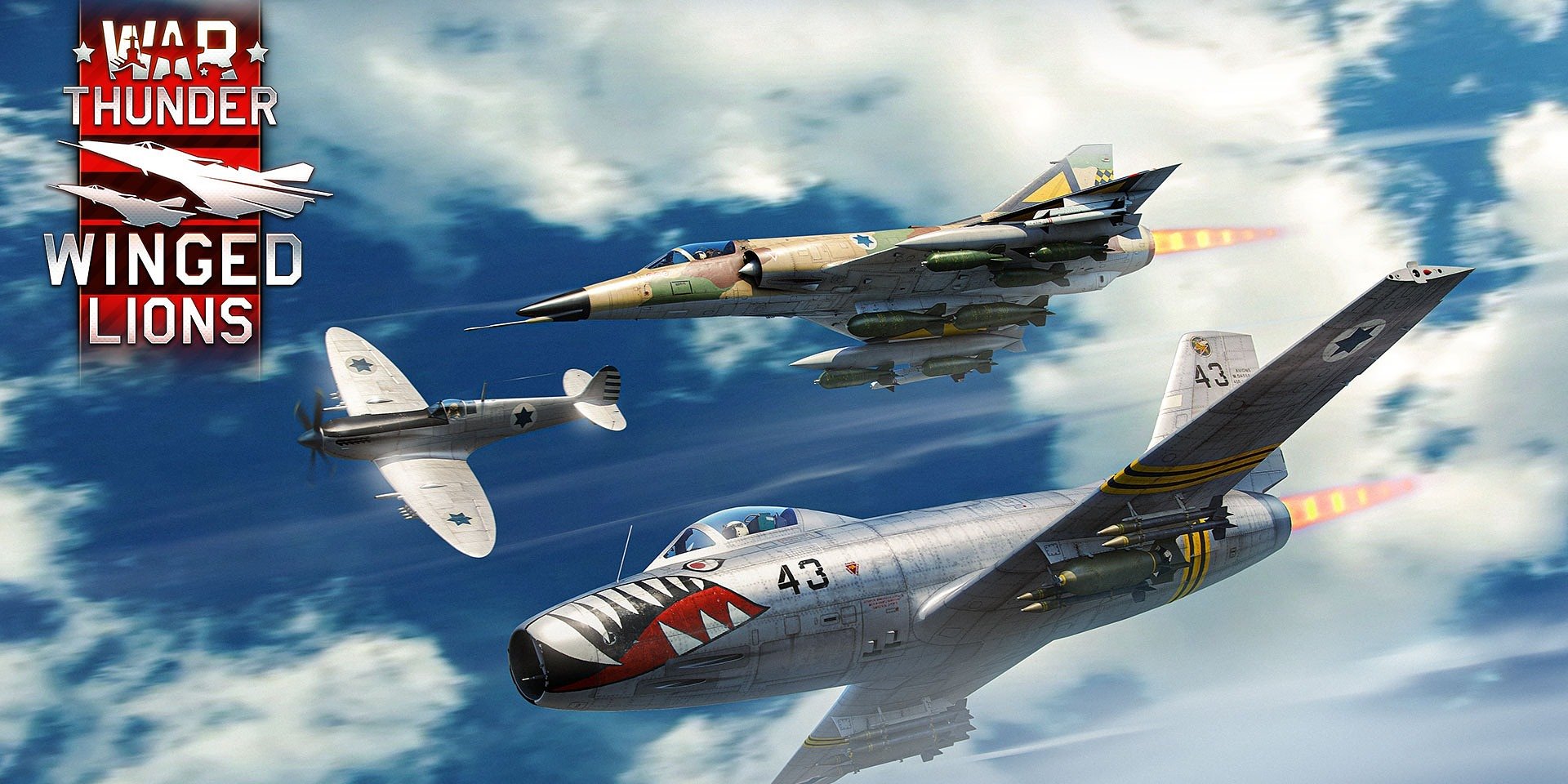 Gaijin Entertainment announces that the “Winged Lions” major content update for the military online action War Thunder is already available. It brings the previously announced Israeli aviation tech tree closed beta testing and playable shipborne reconnaissance aircraft. There is a lot of other new content, including the new “Israel” air battles location, the first two Israeli tanks from the future Israeli ground vehicles tech tree as well as dozens of other new military vehicles
The history of the Israeli Air Force starts with the S-199 fighters imported from Czechoslovakia. These were assembled from the leftover parts originally intended for the German Bf 109 G-10 fighters, but the engine used was Jumo 211 designed for bombers. On May 28th, 1948, the first ever Israeli fighter group of four S-199s was formed under the leadership of several experienced veteran pilots. S-199 is one of the first planes in War Thunder’s Israeli tech tree, and the players will be able to get all the way to the top where the Kfir C-7 fighter jet resides. The Israeli aviation beta testing is available to the early access packs owners for now, but it will be available to all players later.
The next major update that will come after the “Winged Lions” will feature the closed beta testing of the Israeli ground vehicles tech tree. Two premium packs with Merkava Mk.2 and Sherman M-51 tanks are already available for purchase, and their owners will become the first players  to access the upcoming testing.
Ground vehicle fans will probably be in awe with the fearsome Swedish SPG Bandkanon 1 that entered service in early 1960s. The 155mm autoloader-assisted howitzer is the centrepiece of attention here and not only due to its relative size to the vehicle itself. Thanks to the autoloading mechanism, this machine can fire its entire 14 round magazine in just 45 seconds.  Even one hit of a huge HE round to the slightly armored parts of a tank, such as the roof of the hull or turret, will probably one shot any opponent. Another long-awaited new vehicle is the Soviet SPG 2S3 Akatsiya. The  2S3 received a baptism of fire in Afghanistan and was subsequently mass-produced until 1993, having gone through several upgrades. 2S3M is the result of modernization in 1975, with the mechanized ammunition rack and a good fire rate.
War Thunder continues to receive visual upgrades, and the “Winged Lions” update brings enhancement to the simulation of wind.  Previously the wind was only seen on the grass and on the waves, but now all particle effects, such as fire and smoke, dust from ground vehicles and aircraft engines, gun shots, explosions and sparks - all these effects, will now be affected by the wind, especially during a storm.
More information on the update is available at the official War Thunder website: https://warthunder.com/en/news/7485-meet-major-update-winged-lions-en

About Gaijin Entertainment:Gaijin Entertainment is the developer and publisher of the online games War Thunder, Crossout, Enlisted, Cuisine Royale and Star Conflict as well as PC, Mac, Linux, PS4, PS5, Nintendo Switch, Xbox One, Xbox Series X|S, iOS and Android titles across several genres. The company’s diverse portfolio has received a range of mass media and game industry awards including such as Gamescom Award and many more. Official website: https://gaijinent.comAbout War Thunder:War Thunder is a free-to-play, cross-platform, massively multiplayer military masterpiece with millions of fans worldwide, that allows players on PC, PlayStation®4, Xbox One, Mac and Linux to fight their way across air, land, and sea in the same battlefield. War Thunder offers 1,700+ playable aircraft, armored vehicles and ships from the early 1930s to the 2000s. The US, Soviet, British, German, Italian, Japanese, Chinese and French military vehicles represented in game are carefully researched, historically accurate recreations of their real world counterparts. Fans can expect hundreds more added as Gaijin Entertainment commits to ongoing development via regular updates. Official website: https://warthunder.com/