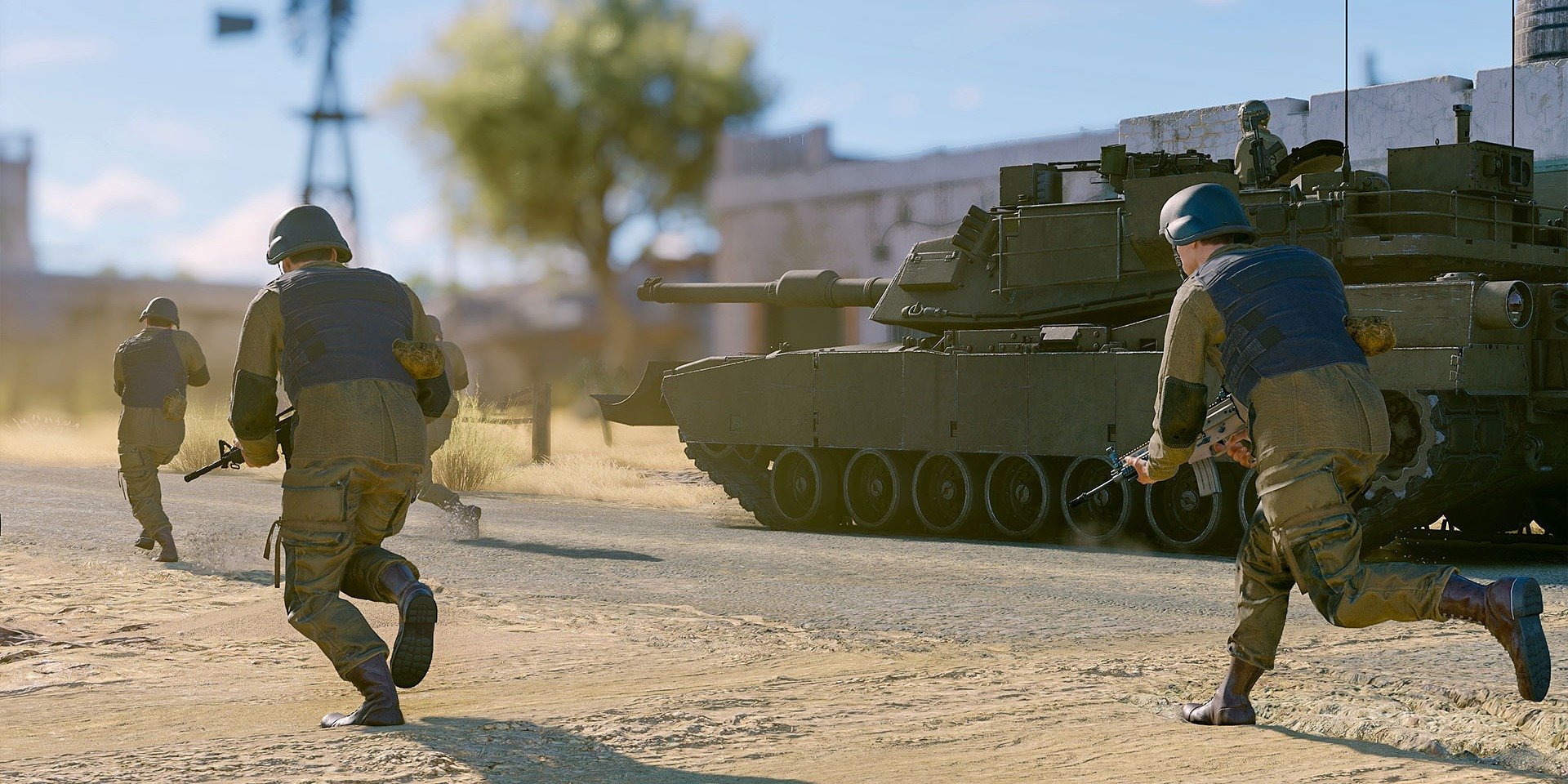 Infantry squads and modern tanks will fight in a desert region

Gaijin Entertainment and Darkflow Software announce that this weekend gamers will be able to prove themselves in battlefields from modern times. Enlisted: Modern Conflict players will use authentic weapons and combat vehicles relevant to 21st century conflict and fight in massive, believable and dynamic squad-based first person battles.
Modern Conflict action takes place in a desert region where one faction uses mostly NATO weapons (i.e. M4A1 carbine), while the other side is equipped with mostly Russian designed gear. All players will get predetermined assault and sniper infantry squads as well as modern tanks. There is a good choice of weapons like assault rifles, sniper rifles and shotguns, both unique to each faction and available to both sides. Two signature masterpieces of modern tank design, the М1А1 НС and the T-80U, engage each other in fierce duels, shield infantry from enemy fire and crush the enemy defences. All infantry squads will get shovels that can be used to dig trenches.
Modern Conflict mode is available for free from now up until November 22nd on PC, PlayStation 4, PlayStation 5, Xbox One and Xbox Series X|S, with users from all platforms being able to play together.
More information about the event on the official website: https://enlisted.net/en/news/show/229-modern-conflict-event-en/#!/

ZOTAC Technology Limited, a global manufacturer of innovation, announces the two latest innovations with the opening of CES 2022 which include the all-new ZOTAC GAMING GeForce RTX™ 3050 Series and the latest ZBOX MAGNUS Mini PC equipped with an NVIDIA GeForce RTX™ 3080 G...