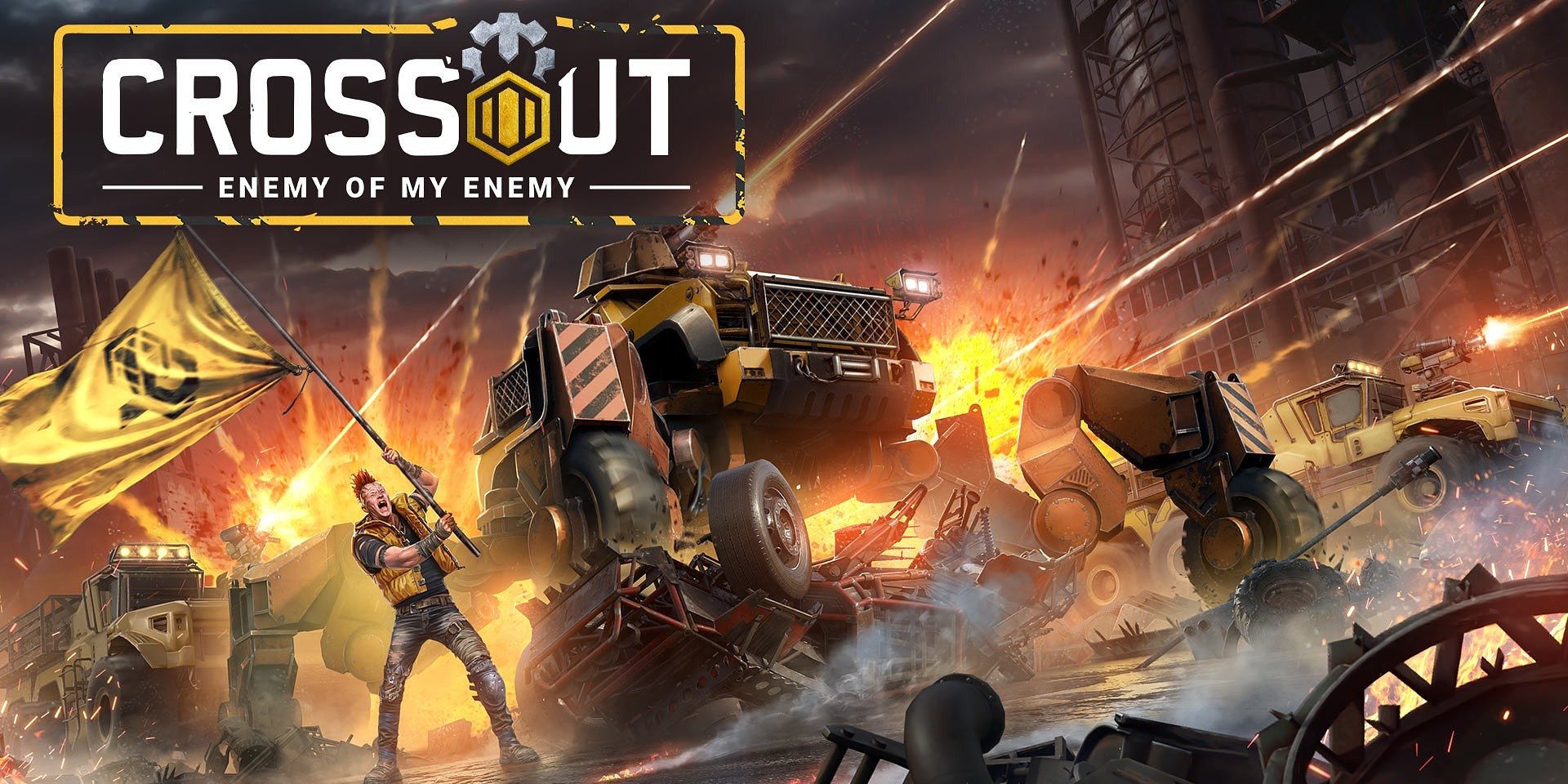 Targem Games and Gaijin Entertainment announce the release of the “Enemy of my Enemy” major Content Update for the post-apocalyptic online action Crossout.  Players are getting a new massive PvE mission covering the next phase of the war with the Ravagers faction. The new battle pass season will allow them to rebuild their armoured cars using new car parts, and a number of fan favourite maps are getting visual and gameplay enhancements.
The PvE mission “Operation Ashen Ring” turns the players into mercenaries working for the Founders. The goal is to protect the mobile command post from the Ravagers’ attack and make sure that convoys with a shipment of weapons and generators are moving through the area safely. In order to strengthen the defenses, players are building and fixing gun turrets using the parts salvaged from destroyed enemy armoured cars. For completing the mode’s objectives, players receive valuable resources, stickers stylized as binary code, decor and the dummy-target vehicle for the test range.
This time the new Battle Pass season duration is decreased from 75 to 50 levels, while the overall value of the rewards at the same level, thus allowing players to get the new useful car parts faster and experiment with the vehicle design. There are plenty of cool new toys to play with, including the epic nail gun “Argument” good at medium range for shooting off the parts of your opponents, as well as the legendary laser drill “Destructor'' that deals extra damage when all shots of the burst hit the target.
The Crossout team continues to rework the fan favorite maps like they did last time with the “Ship graveyard”. This time “Old Town”, “Bridge” and “Founders Canyon” have been redesigned. New passageways and cover allow the players of all kinds to fight effectively using the play style they prefer, i.e. rushing forward with close quarters weapons or striking enemies from afar. The map visuals have also been updated and destructible objects have been added.
The full list of the changes in the update are available at the official Crossout website: https://crossout.net/en/news/1796-update-pc-crossout-0-13-0-enemy-of-my-enemy/