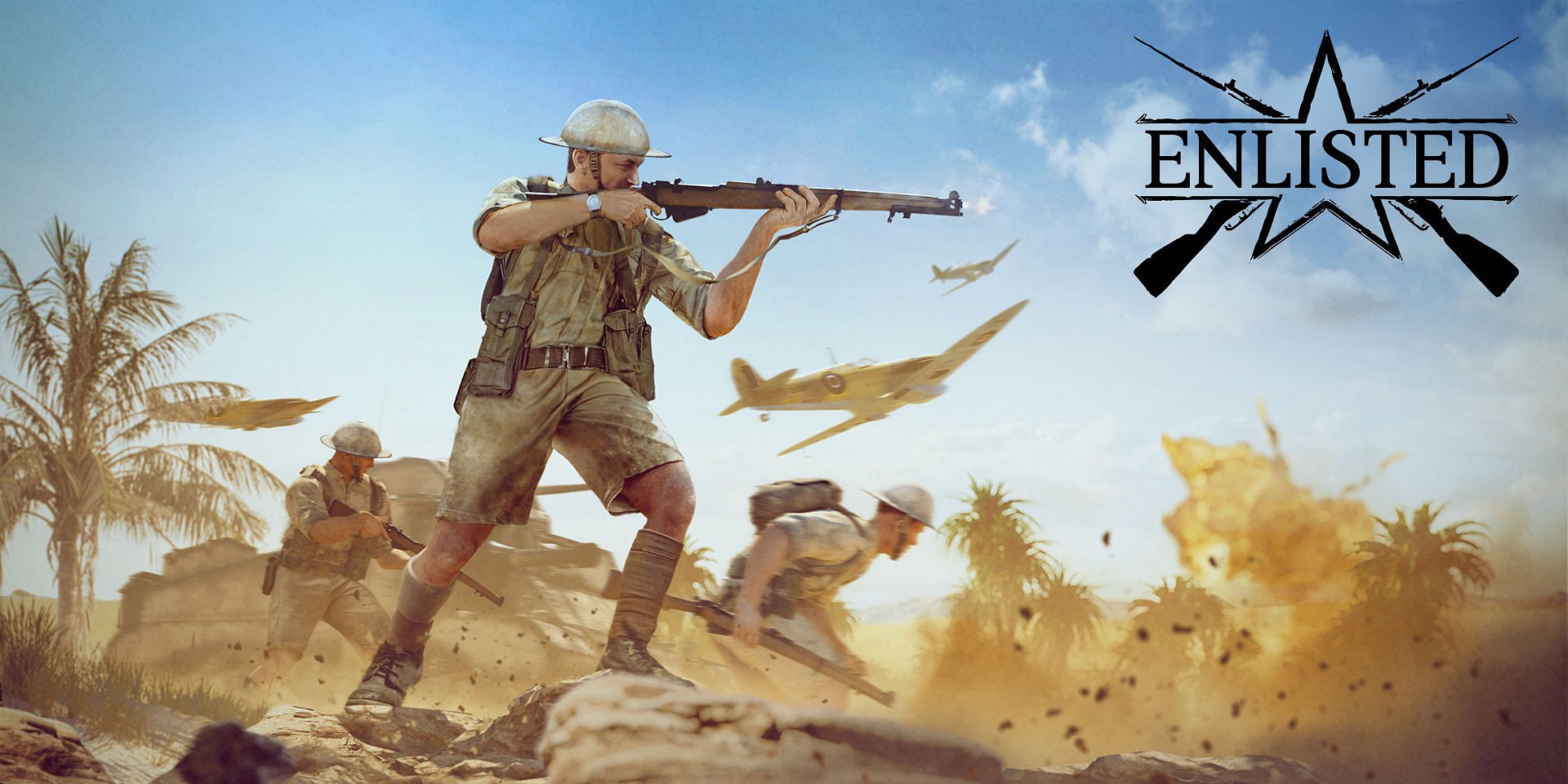 Gaijin Entertainment and Darkflow Software announce that the Closed Beta Testing of the new campaign “Battle of Tunisia” has already started in the military online shooter Enlisted. Italian and British infantry, ground vehicles and aviation debut in Enlisted and the battles will now take place on the beautiful North African maps. There are also a number of new features available to players including trench digging, smoke artillery strikes and controllable motorcycles and boats.
Players will be able dynamically change the landscape right in the middle of the Battle of Tunisia, thanks to the new technology of the Dagor engine. A soldier can be equipped with a shovel and ordered to dig a small shell scrape to hide in. Further digging will allow the creation of a fox hole up to 1.5 meters deep or a long trench. This will provide cover for the soldiers and block the path of enemy vehicles. Digging can be done almost anywhere apart from on solid rock and inside buildings or existing trenches. Another important addition are the smoke artillery strikes that can be called for by radio operators.
The first battles in Tunisia take place in the centre of a large African city and near a picturesque gorge. New equipment includes Armaguerra Mod. 39 rifles, Lee-Enfield No.4 MkI sniper rifles, Boys Antitank Rifle, Grant I tanks, 75/32 M41 SPGs, Hurricane Mk IV fighters and other signature WWII weapons. More missions, squads and equipment will be added to the “Battle of Tunisia” in the near future.
Access to the campaign CBT is available to owners of the early access bundle, comprising two premium motorcycle squads – one for each side. Each squad includes two soldiers of the Riders class, one soldier of the Engineer class and a unique motorcycle equipped with a machine gun. Similar to the “Battle of Berlin” CBT, the testing will be split into two phases. Players can use a predefined set of squads at first so that the campaign missions can be tested and polished. The progression system will be unlocked during the second stage and players will be able to level up and upgrade their troops. All progress will remain with them even after CBT, when all Enlisted players will get access to the Battle of Tunisia battles.
More information on the new campaign is available at the official Enlisted website.

About Gaijin Entertainment:Gaijin Entertainment is the developer and publisher of the online games War Thunder, Crossout, Enlisted, Cuisine Royale and Star Conflict as well as PC, Mac, Linux, PS4, PS5, Nintendo Switch, Xbox One, Xbox Series X|S, iOS and Android titles across several genres. The company’s diverse portfolio has received a range of mass media and game industry awards including such as Gamescom Award and many more. Official website: http://gaijinent.com/