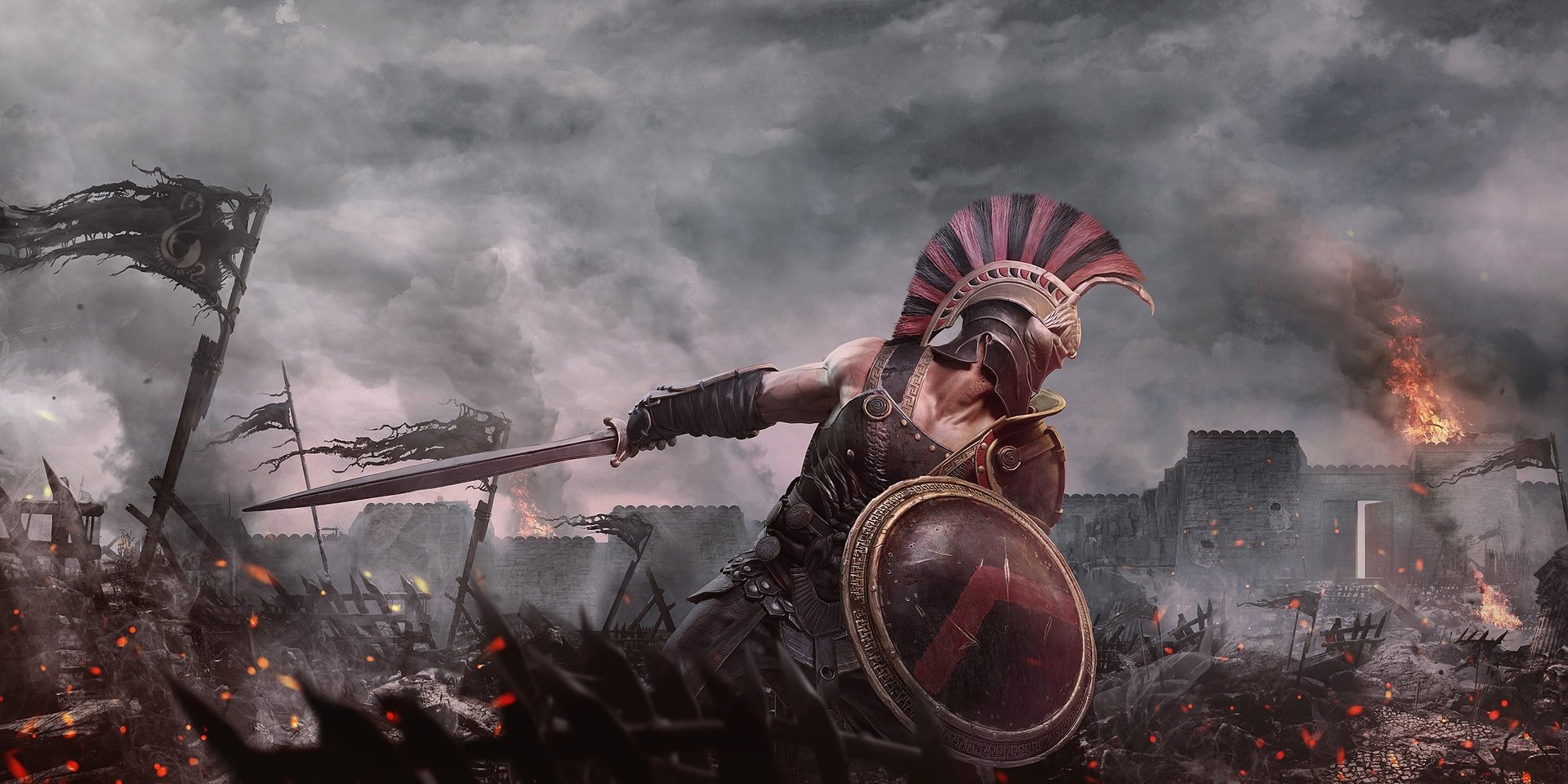 Play as Achilles, the Greek warrior and hero of the Trojan War, who is recruited by Hades to confront the god of war Ares on his behalf. Face hordes of mythical beasts, mercenaries and demigods roaming the Earth. To do so, the hero sets out on a journey through ancient lands to find powerful, magical artefacts that will allow him to fulfil his mission as divine executioner. Hephaestus, the god of blacksmiths, will lend Achilles his helping hand by transforming any resources he gathers into new weapons.
Achilles: Legends Untold is an isometric action RPG that draws inspiration from soulslike and hack & slash genres. However, compared to them, the title by Polish studio Dark Point Games has a much lower level of entry. The creators wanted to make a game that would be more accessible to beginners, who are just starting their adventure with this type of gameplay. It doesn't mean, however, that Achilles: Legends Untold is a title aimed only at newcomers, because it is filled with optional challenging missions, which will certainly also satisfy experienced players.
The game will also offer an extensive combo based combat system. Achilles can use various weapons, starting with a sword, axes and ending with a spear or a two-handed battle axe. Each weapon offers a different experience, so every player will be able to fight in a way that suits him best. In addition, the hero has an extensive skill tree, which will allow to create an individualised character build, tailored to the player's favourite gameplay style. In addition to the single-player campaign, the game will also feature a co-op mode, in which players will be able to explore mysterious dungeons together.
Achilles: Legends Untold also features an innovative GAIA system, which introduces an element of unpredictability to the gameplay. It is an AI system responsible for cooperation between opponents. Thanks to it, the player will be able to face groups of enemies, which will act together against the player, support each other in battles and perform group actions, increasing the level of gameplay realism.
Achilles: Legends Untold will launch on Steam in the first quarter of 2022 in Early Access. If you have more questions, reply to this email and we'll be happy to put you in touch with the team, whose members will certainly tell you more about their work!
Achilles: Legends Untold – PRESS PACK
Useful links:
Dark Point Games – Official Site
Dark Point Games – Facebook
Achilles: Legends Untold – Official Site
Achilles: Legends Untold – Steam
Achilles: Legends Untold – Discord
Achilles: Legends Untold – Press PackAchilles: Legends Untold – Reveal Trailer

About Dark Point Games:
Dark Point Games is a Polish studio made up of industry veterans who decided to create their own company. Their main goal was to arrange a space to create interesting and immersive worlds that would bring players plenty of entertainment. What makes them stand out in the market is the space they offer their employees, wanting each of them to have an area to focus on their individual creativity. The studio is responsible for creating an innovative AI collaboration system called GAIA. They are currently working on their first game, Achilles: Legends Untold.

Creators of soulslike Achilles: Legends Untold launch a series of videos about their upcoming game

Dark Point Games, currently working on their debut game, has launched a series of videos that will allow players awaiting the release of Achilles: Legends Untold to learn more about the studio and the production itself. The first episode is already available on the Youtu...

As games are getting faster and faster with each instalment, you need the equipment that can keep up. With the GXT 863 Mazz, Trust introduces a mechanical gaming keyboard with long lasting, quick responding switches and rainbow wave illumination.

While the demo version of The Sin Collector: Repentless has met with a very positive reception from players, we invite everyone to participate in a live stream led by the author of the eponymous Polish-language book series, Michał Gołkowski.

Grab yourself a cup of coffee and start your neo-noir adventure on Steam and GOG.com.