Crossout players prepare for a new war with the Ravagers 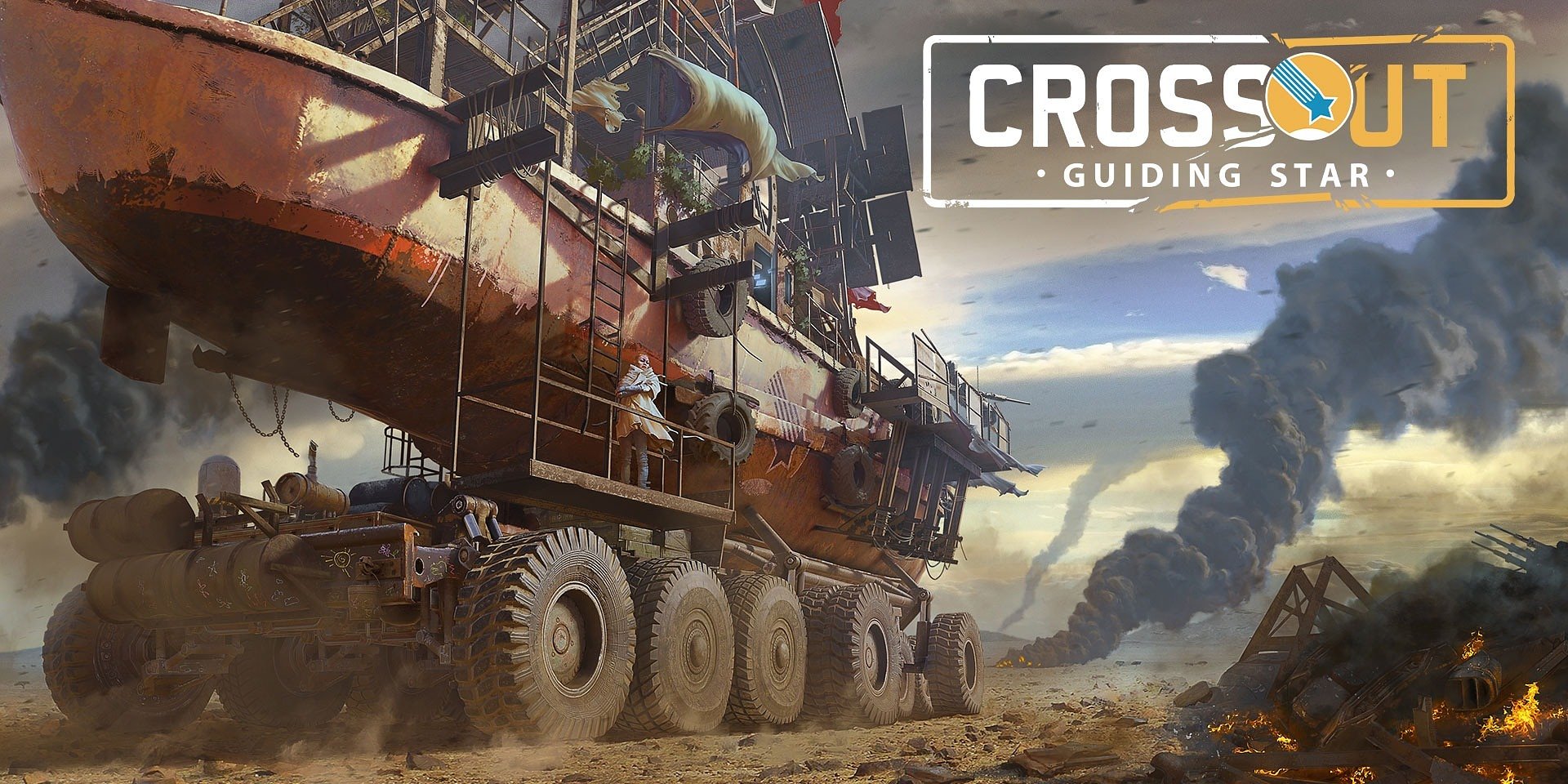 Crossout players prepare for a new war with the Ravagers

Targem Games and Gaijin Entertainment announce that the new major Content Update “Guiding Star” is available for the post apocalyptic online vehicular action game Crossout. Players will participate in the new battle pass season to get new unique parts and will destroy the Ravagers base in a new massive PvE battle. Other updates include the renovated “Ship Graveyard” map, as well as jump pads, fire and plasma rings objects for the testing range mode.
Members of the Fallen Star Order arrived in the Wastelands and are willing to help all factions prepare for the war with the common enemy - the Ravagers. Any player can participate in the arms race by unlocking battle pass rewards that include new unique vehicle parts and weapons. For example, the course shotgun “Gremlin” deals more damage after colliding with an enemy, the frontal “M-32 Vindicator” machine gun becomes more durable when heated up and an  “Aggressor” cabin buffs weapons damage when the vehicle is rushing towards the enemy in a straight line.
Freshly upgraded or built from scratch vehicles can be instantly used in the new PvE mission called Operation “Gozu”. Players enter the new map “Desolated town” created specifically for this event, destroy the Ravager tower, break into enemy territory to upload the Syndicate virus to the data center and destroy the Ravager leader. All these tasks can be performed in a stealthy way with the player avoiding surveillance cameras and patrol vehicles, or via direct assault on enemy troops and all reinforcements they manage to muster.
The Update also brings other game objects and mechanics. For example, mixing cosmetic items will allow the players to  get rid of unnecessary or unnecessary decor, and in return get useful consumables or extremely rare cosmetics. The full list of new features of the “Guiding Star” Update is available at the official website: https://crossout.net/en/news/1679-update-pc-crossout-0-12-70-guiding-star/

Join the Green Hell: The Board Game campaign on Kickstarter - a game based on the popular survival video game!

Green Hell: The Board Game campaign, awaited by fans of the popular video game of the same title and board game enthusiasts, has just been launched on Kickstarter. For the next 20 days, everyone will be able to support the project of this unique survival board game. The ...

Digital Dragons will award the best Polish and foreign games – Cyberpunk 2077 and Ghostrunner among the nominees!

One of the most important elements of Digital Dragons, the biggest B2B game industry conference in Central and Eastern Europe, is granting prestigious Digital Dragons Awards. Over 160 people representing development studios, media, and industry organizations decided on t...

Get ready for a journey through the wild Amazon - the Green Hell: The Board Game campaign on Kickstarter launches on August 3!

In less than a week, on August 3, the long-awaited campaign for the board game adaptation of Green Hell will begin. Almost 7 000 people are waiting for the start of the project on Kickstarter. The developers from Galaktus Games have recently prepared a series of videos s...