Military online shooter Enlisted with the “At the Reichstag Walls” update 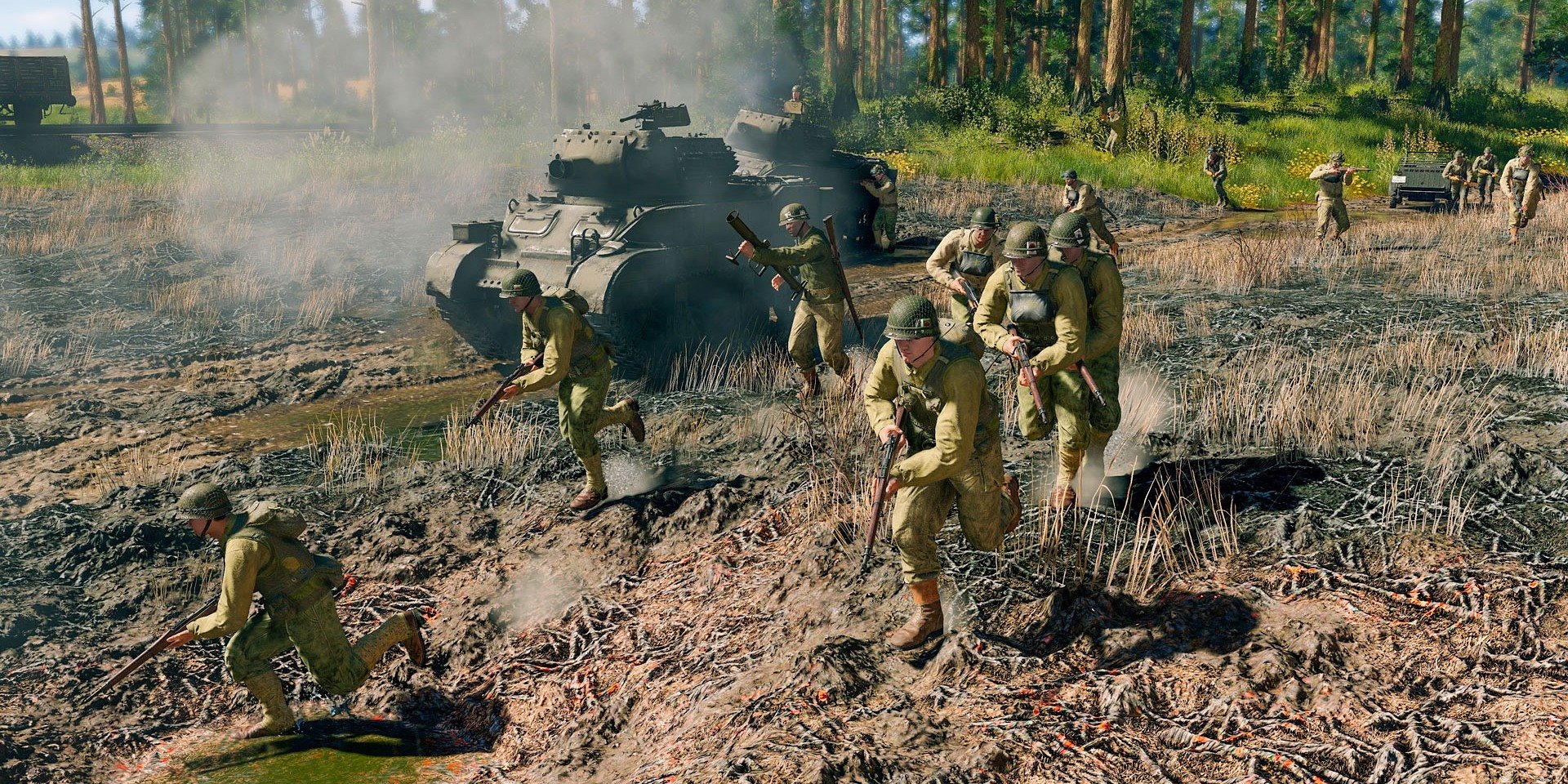 Military online shooter Enlisted with the “At the Reichstag Walls” update

The update brings new maps, weapons and squads for all three available campaigns

‘At the Reichstag Walls’ Update Trailer

Gaijin Entertainment and Darkflow Software announce that the military online shooter Enlisted just got a new major Content Update “At the Reichstag Walls” that features new maps, weapons and vehicles for all campaigns. The “Battle of Berlin” campaign closed beta testing has moved into the second stage, where the progression system is unlocked for CBT participants and anyone can try the entry level squads.
Each of the new maps brings something special to the game experience. In the Normandy campaign, players have an airfield  to protect or capture. The aircraft at the base are fueled and ready for action, so brave soldiers can actually use them for the additional support of their efforts. The Battle of Moscow expands to a huge Soviet forestry complex that includes a tree cutting operation and river raft assembly, complete with industrial buildings and a rail station. The Berlin campaign now features the battle for the Wilhelmstrasse, one of Berlin’s most famous streets, and one of the routes the Red Army took to attack the Reich Chancellery.  The street is well fortified, so infantry will have to use the narrow side lanes and buildings to advance, and bayonets will prove to be quite effective here.
All campaigns get new progression levels, that bring dozens of new squads, weapons and vehicles, including the PTRS 41 anti-tank rifle, the M1A1 Thompson submachine gun, M24 Chaffee light tank, Republic P-47D-28 Thunderbolt and the Fw 190 A-8 fighter planes. All of them  really used in the corresponding periods of World War II.
The Closed Beta Test of the Battle for Berlin has moved into the second stage, where the progression system is being polished. Therefore, Berlin CBT participants are now earning campaign experience and can start unlocking campaign levels, improve squads, choose weapons and equipment, and recruit new soldiers. The progression starts from level 1 and will not be wiped after the CBT ends. Full access to the Berlin CBT is available to the relevant early access pack owners, but now anyone can try Berlin battles using basic level 1 squads
Two other campaigns, which are Battle of Moscow and Invasion of Normandy, are already  available to anyone in full and for free.
More information on Enlisted is available at the official website: https://enlisted.net/en/news/show/123-meet-the-major-update-at-the-reichstag-walls-en/

Green Hell: The Board Game is nearing its Kickstarter campaign – learn the core rules and setup!

The start of the Green Hell: The Board Game campaign on Kickstarter is fast approaching. Almost 5 000 people are already waiting for the project's launch. On this occasion, the developers from Galaktus Games have prepared a series of videos presenting the mechanics and r...