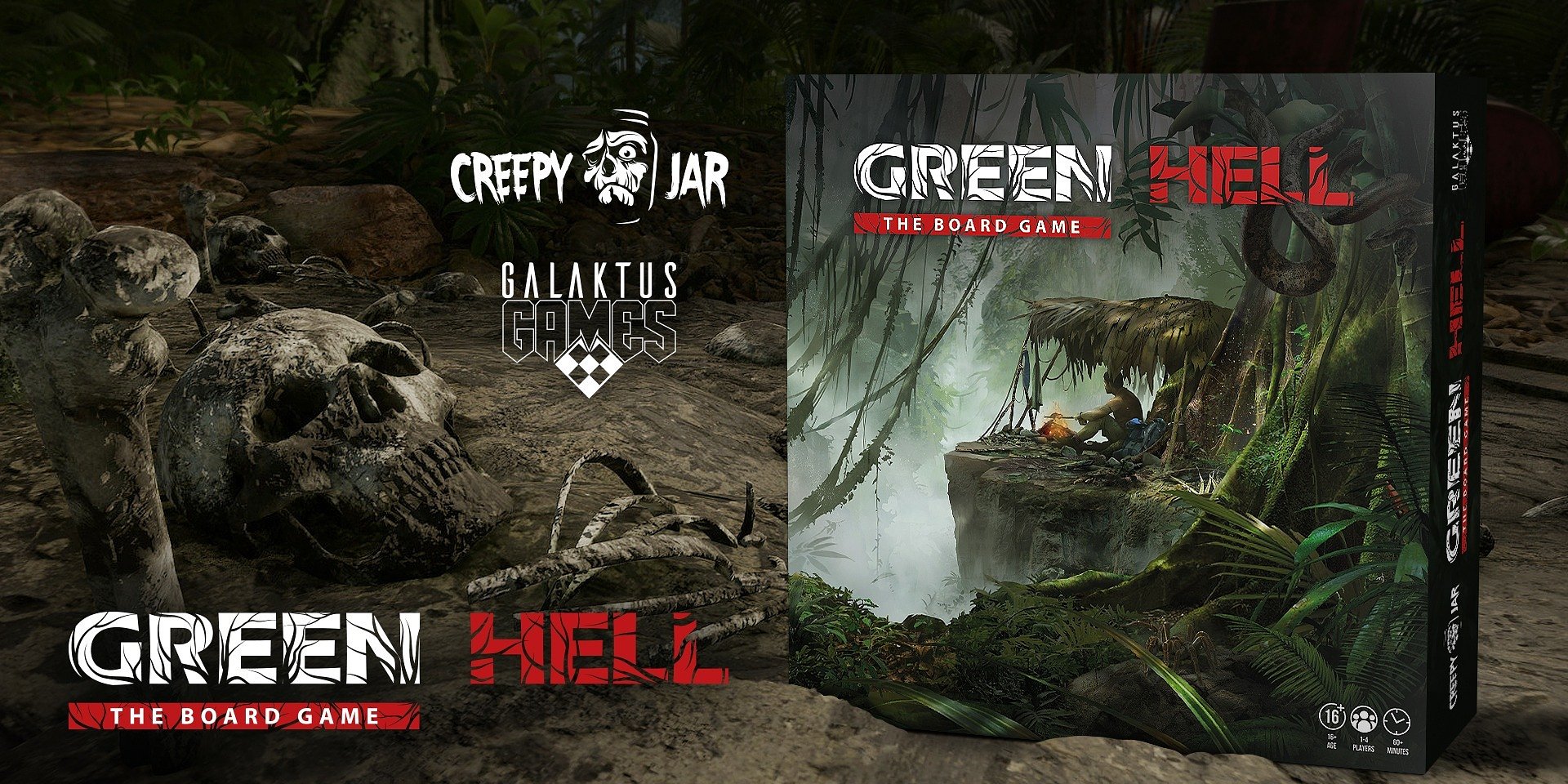 Jake is stranded in the Amazon forest in search of his lost wife, trying to survive in this harsh, and unwelcoming environment. You – the players – are all members of a Search & Rescue team sent with the sole task of locating and retrieving him. Each of you has a particular set of skills that will prove necessary to the whole party’s fate. Survival Expert, Medic, Guide, and the Scientist – only well-coordinated cooperation will allow you to complete the mission successfully.
Green Hell: The Board Game, created by Galaktus Games, offers players a high level of gameplay unpredictability thanks to its innovative system of ever-expanding jungle creation based on a modular, semi-random map setup. The jungle and its challenges awaiting the Rescue Party will randomly change every time you play the game with your friends, making each playthrough a unique experience. 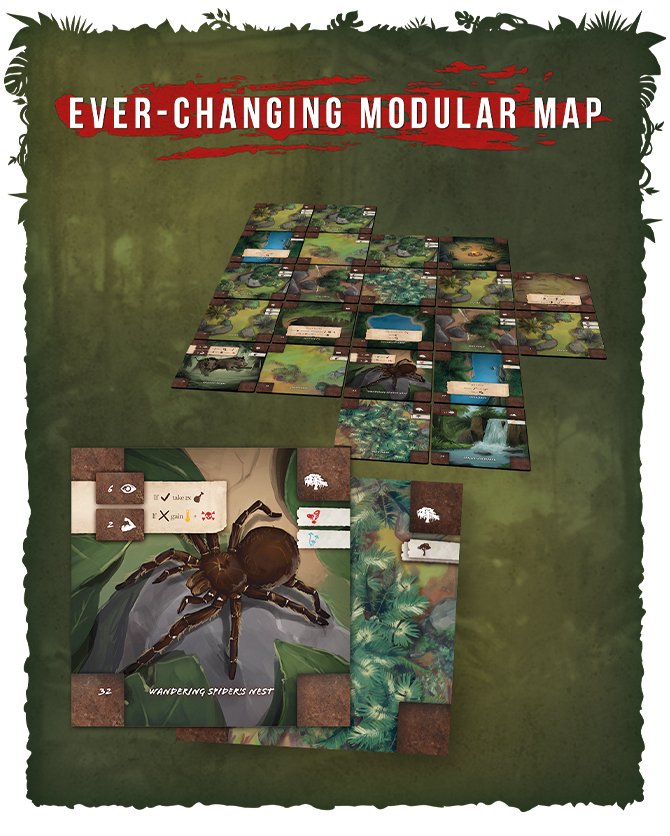 The team behind the project has put their best efforts to translate the core mechanics from the Green Hell video game, such as backpack management, crafting, and building, to the board game format. This helps achieve a similar, complex survival experience that is instantly recognizable to all the fans of the original title.
“We, as fans, firmly believe that board game adaptations of video game franchises should not be viewed only as a “merch” to the IPs they’re based on. That’s why Green Hell: The Board Game is not retreading the footsteps of Jake but, storywise, serves as a complementary addition. B-side of sorts. It touches all the story beats from the original game but shows them from an unseen perspective.” – said Jan Wyspiański from Galaktus Games. 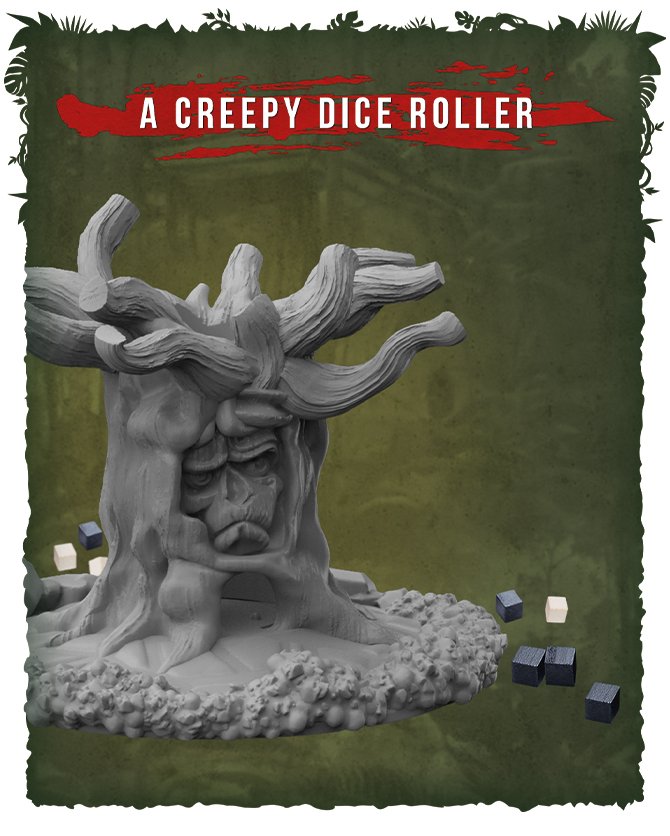 “Galaktus Games is a part of Galaktus PR Agency with which we’ve collaborated with for a few years. It’s a very passionate and experienced team of gamers and specialists who really helped us in creating a successful campaign for Green Hell. That’s why we were sure that Galaktus Games is the right choice for expanding our IP to the world of board games. We know that they will treat it with respect and bring a high quality gaming experience to our old and new fans.” – said Krzysztof Kwiatek, CEO of Creepy Jar.

Green Hell: The Board Game – a cooperative survival game will make its way to Kickstarter in the coming months.

Are you not familiar with the Green Hell video game? Created by Creepy Jar, the team of industry veterans, Green Hell is an ultra-realistic survival simulation game set in the Amazonian forest. You take on the role of Jake, who is stranded in the wilderness, and searching for his lost wife. The game was greatly praised for its relentless difficulty, real-life accuracy, and complex system of intricate gameplay mechanics.
You can read more about Green Hell on the Steam page. The game is also available for Nintendo Switch and is coming to PlayStation 4 and Xbox One later this year.

About Galaktus Games
The Galaktus Games team consists of people with over 10 years of experience working with board games. They have played hundreds of different titles, reviewed them, improved their mechanics and rules, and organized numerous board game events. Being a part of the gaming community for many years and observing this phenomenon closely, the creators from Galaktus Games have established numerous contacts with groups of testers from all over the country. This is of great importance when creating new projects, because the opinions and comments of experienced players are priceless. Galaktus Games is aiming to bring popular video game IPs to the world of board games.

About Creepy Jar
Creepy Jar, based out of Warsaw, Poland, is the publisher and developer of critically acclaimed survival game Green Hell. Established in 2016, the studio is a collection of seasoned developers and creators combining years of experience from other successful studios such as Techland and Flying Wild Hog. With an impressive list of titles on their collective resumes (Dying Light, Shadow Warrior, The Witcher 2, Bulletstorm, and more), the Creepy Jar team is passionate about making their products the best they can be with a focus on listening to their community and giving the utmost attention to every little detail. Operating with the belief that every player should be treated with respect, Creepy Jar endeavours to update Green Hell with compelling, free content on a regular basis alongside the implementation of near constant enhancements and corrections. The Warsaw studio is surging forward bringing the Green Hell experience to the console market in 2021, and recently started development of their next project code-named 'Chimera'. http://www.creepyjar.com/