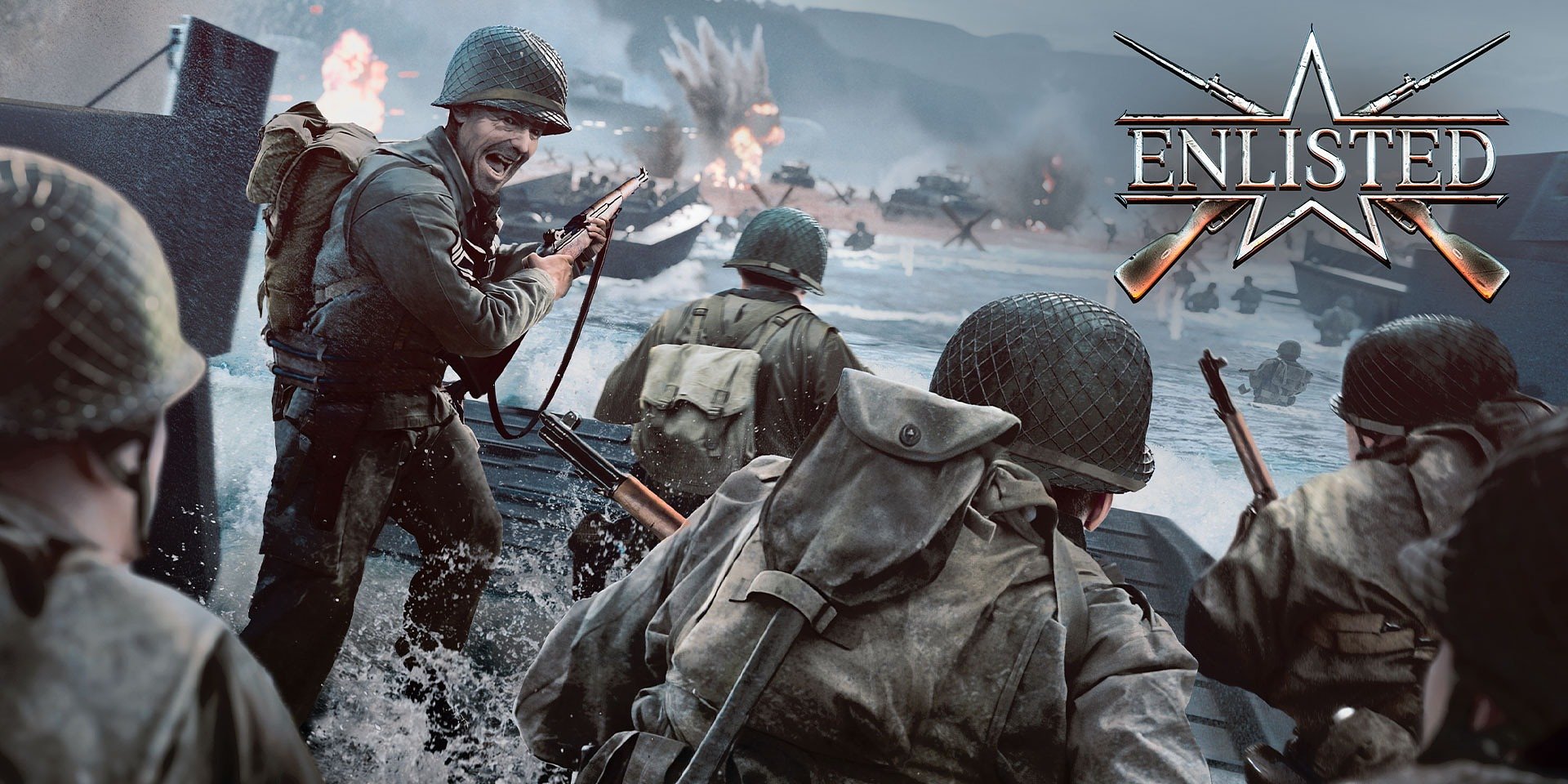 Gaijin Entertainment and Darkflow Software announce that the new military online shooter Enlisted is now available to everyone on PC, Xbox Series X|S and PlayStation 5. The Battle for Moscow and Invasion of Normandy campaigns are included, both being significantly improved during the Closed Beta test period. New campaigns will be added regularly in the future.
Enlisted is a World War II shooter that carefully recreates the atmosphere of massive infantry battles with tank and aircraft support. The game developers have shown a lot of attention to authenticity in the weapons and gear, as well as their historical availability. For example, a Tiger tank in the Battle of Moscow campaign will not be seen, because at that time in 1941, it wasn’t in service with the German army yet. At the same time Enlisted is easier to get into than most simulation-type games. A player can jump into the middle of the action fast and spends most of the time actually fighting.
“We focused on making Enlisted feel like real World War II battles, but we never forgot that it’s a game first and foremost. We strive for a golden middle ground between fluid and fun gameplay of shooter games and the unforgiving realism of military simulators” – explains Eugene Guskov, a game director of Enlisted.
Each player has a squad of up to nine soldiers controlling one of them directly, while others follow orders. It is possible to freely switch between active soldiers at any time to react to combat situations on the fly. When killed, a player can continue the fight by assuming control of one of the surviving squad members. This allows a player to retaliate immediately, without having to wait for a respawn first. When the whole squad perishes, a player continues the fight using the next one available: it could be infantry of 12 existing classes, a tank crew or an aircraft pilot. Thanks to this, it’s possible to try various distinctive roles during one battle, like leading the charge in a tank, providing support as a mortar squad or a battlefield engineer constructing gun positions, cleansing buildings with flamethrowers or raining fire down from above in a dive bomber. Enlisted also features more traditional modes with each player controlling one soldier only.
“Enlisted is our biggest product launch in recent years, and we’re planning to support and expand the game” –  says Anton Yudintsev, the co-founder of Gaijin Entertainment.
The updated version of Enlisted features new missions, weapons and gear that were not seen during the Closed Beta Test. For example, the new Fortified District map in the Battle for Moscow campaign is a frozen battlefield, where the attacking side crosses the river to storm a massive fortification under dynamically changing weather conditions. The game progression system has also been drastically changed, and the Battle Pass is now the main way of getting new soldiers and equipment. The first Battle Pass season began on April 8th and will last for 75 days. The most interesting rewards are the rare collectible weapons: Berdan No.2 and Gewehr 1888 rifles, Schmeisser MK36 III SMG and Springfield M1903 semi-automatic carbine with Pedersen device. Many Battle Pass rewards are available for free, while others require a purchase of a premium Battle Pass.
More information on Enlisted is available at the official website: https://enlisted.net

Z-Software GmbH, a game development studio, most know for Autobahn Police Simulator series, is happy to announce that it will be releasing a console version of its real time post-apocalyptic tactical game, Dustwind – The Last Resort. The game will be released on PlayStat...