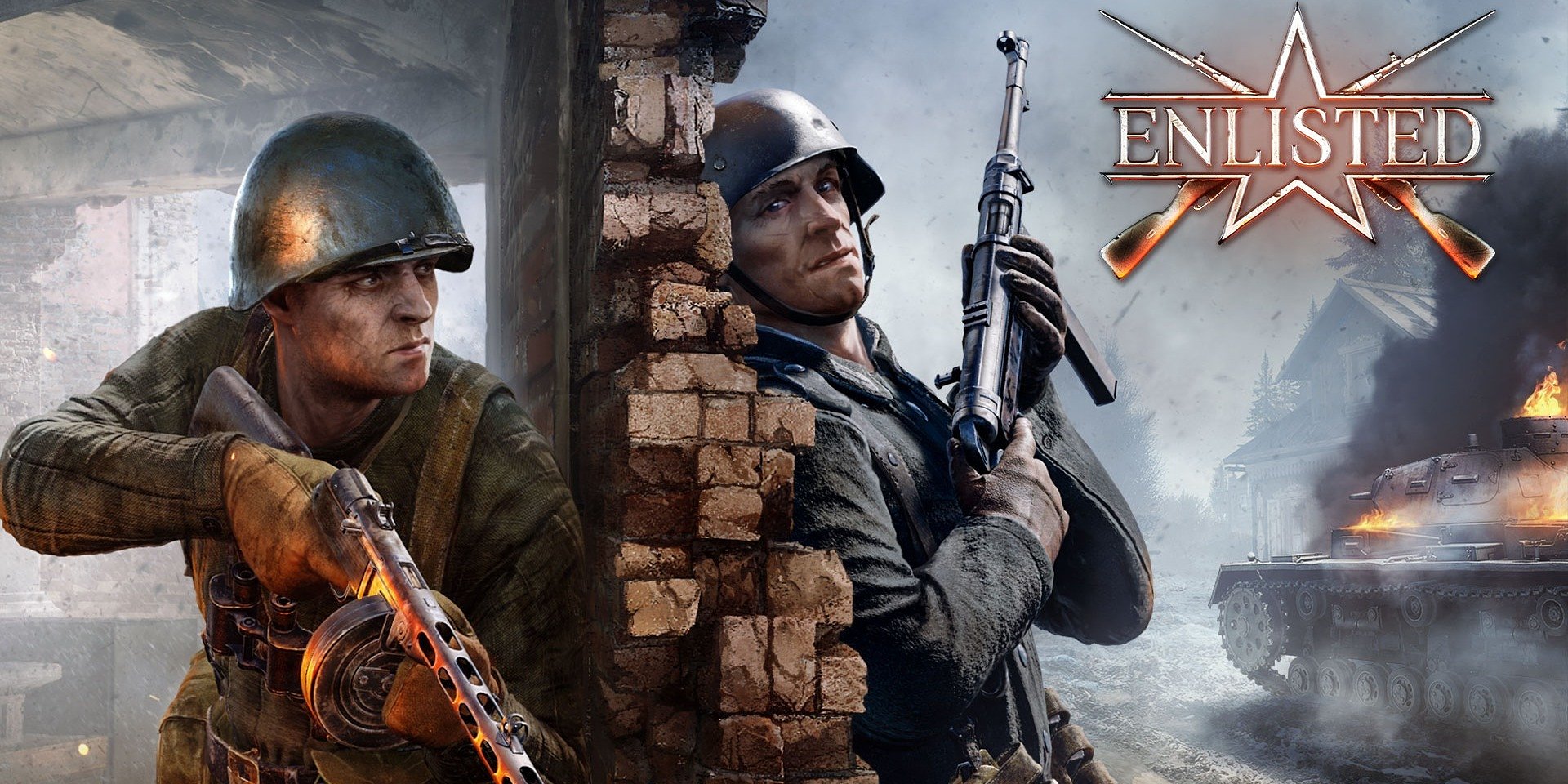 Gaijin Entertainment and Darkflow Software studio announce that the military online shooter Enlisted is available now on the Xbox Series X|S, simultaneously with the console itself. Enlisted allows players to control the WWII infantry squads, tanks or aircraft and is distributed as a Game Preview title. At the same time, the Closed Beta Test is also available for PC players registered on the official website – Enlisted.net. Enlisted is divided into campaigns and the first one covers the fierce defence of Moscow at the end of 1941 and in the beginning of 1942.
Dozens of squads with different specialisations participate in Enlisted battles simultaneously. The Player controls one soldier directly while other soldiers in the squad are controlled by AI that obeys a player’s orders. This ensures maximum density and spectacularity in a battle while maintaining a high contribution from each participant in a victory for the team. Infantry, armoured vehicles and aircraft battle together and each player can try several roles in just one game session.
A “Founders packs” purchase is required to gain access to either the Enlisted Closed Beta Test on PC or Game Preview on Xbox Series X|S. Those packs contain a premium squad and exclusive submachine guns for the corresponding nation that can be used in the Battle for Moscow campaign. The USSR pack grants access to soldiers of the 75th Infantry Regiment in the 5th Infantry Division of the Red Army for the Soviet Armed Forces and the PPK-41 submachine gun, while a Germany Founders pack allows participation as the 449th Infantry Regiment in the 144th Infantry Division for the Wehrmacht forces with use of the MP 41 submachine gun.
Closed beta test players get to try various squads of assault troopers, snipers, machine gunners, flamethrowers, mortars, anti tank squads, engineers, radio operators, tankers and pilots. Dozens of realistically modelled light and heavy firearms, as well as tanks, wheeled armoured vehicles, fighter and attack aircraft are already available in the game. All of which are historically accurate and were actually used in the relevant period of World War II.
Player feedback on the Closed Beta Test version will be used to help the development of the subsequent campaigns – Normandy Invasion, Battle for Berlin and Tunisia.
More information on the game and player community features can be found on the official Enlisted website here: Enlisted.net

About Gaijin Entertainment:Gaijin Entertainment is the developer and publisher of the online games War Thunder, Crossout, Enlisted, Cuisine Royale and Star Conflict as well as PC, Mac, Linux, PS4, PS5, Nintendo Switch, Xbox One, Xbox Series X|S, iOS and Android titles across several genres. The company’s diverse portfolio has received a range of mass media and game industry awards including such as Gamescom Award and many more. Official website: http://gaijinent.com/About Darkflow Software:Darkflow Software is a game studio founded in 2016 by video game industry veterans and is located in Riga, Latvia. Currently, the company is working on the squad based multiplayer WW2 shooter Enlisted and Cuisine Royale brutal online shooter.About Enlisted:Enlisted is a squad-based first person MMO shooter covering key battles from World War II. The game carefully recreates weapons, military vehicles and the atmosphere of that era, while demonstrating really massive clashes of numerous soldiers, tanks and aircraft with artillery and naval support. Official website: https://enlisted.net

Get your share roguelike action on the go! Wicked cartoon bullet hell - The Crackpet Show, is heading for Nintendo Switch!

Go solo or team up with up to 4 players and take on the role of gunned up and insanely freaky animals ready to gut up enemies just to gain fame in the World’s Biggest bullet-hell Show!

Embracer Group AB ("Embracer"), through its wholly owned subsidiary Koch Media GmbH, has today entered into an agreement to acquire 100 percent of the shares in the Poland-based Flying Wild Hog ("FWH") from Supernova Capital LLP. Flying Wild Hog is a renowned and growing...

KOSMOKRATS HAS LAUNCHED ON STEAM AND HUMBLE.

The time is Bill Nighy. Come repay your debt to the motherland. Buy Kosmokrats today!